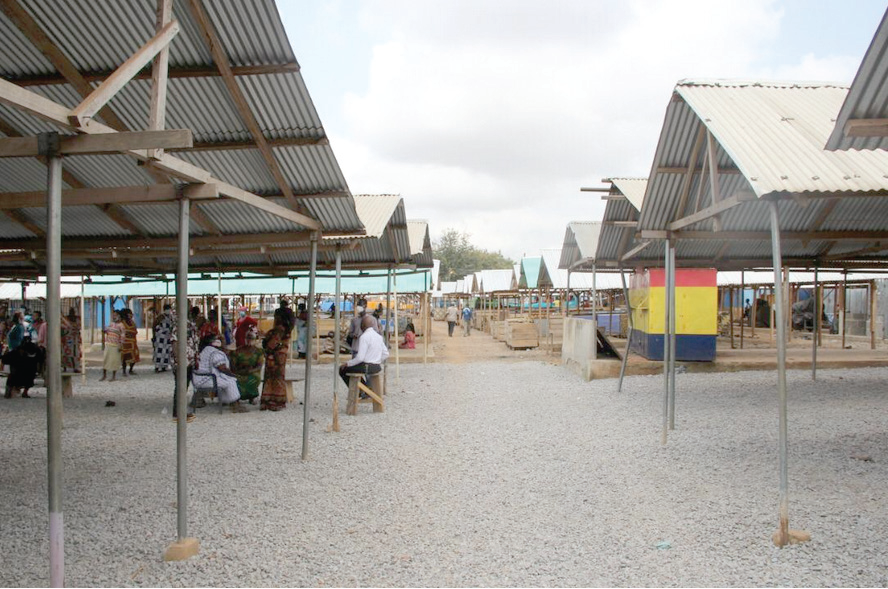 The Kumasi Metropolitan Assembly (KMA) has allocated the Abinkyi and Race Course markets as temporary trading sites to traders from the Kumasi Central Market. The move is to allow for the redevelopment of the central market to continue.

Per the arrangement, 4,000 second-hand clothing sellers and 3,500 shop owners would be relocated to the Abinkyi Market while 1,000 fish sellers and other traders would be moved to the Race Course.

Addressing the media in Kumasi yesterday, the Kumasi Metropolitan Chief Executive, Mr Osei-Assibey Antwi, said the traders had been informed of the relocation which would be carried out in phases.

He said the KMA and the traders had met a number of times in connection with their transfer to the new locations.

He said the Ashanti Regional Minister, Mr Simon Osei-Mensah, who was present at one of the meetings, gave a detailed plan to guide the relocation exercise.

He said he was, therefore, at a loss over reports that the traders were not in agreement with the decision to relocate them.

The KMA chief executive appealed to the traders to bear  with the authorities and proceed to where they had been assigned in order to allow for the redevelopment project to be completed on schedule for their early return to the central market.

Meanwhile, traders at the Kumasi Central Market have threatened to suspend trading for a day to protest against what they claim to be inadequate provision of accommodation structures.

The KMA has, on the other hand, accused the traders of stalling their move to the new trading locations assigned to them .

But the traders say they are unhappy with the planned demolition of structures in the central market without adequate replacements made at their new places.

The General Secretary of the City Market Traders Union, Mr Richard Boamah Tawiah, told the media yesterday that the road map for their relocation was not clear cut.

“They want us to leave but no proper preparation has been made for us. None of the satellite markets have been completed so where do they intend to take us?”

According to him, the places the KMA had allocated to them was occupied by foodstuff sellers and no arrangement had been made to cater for their needs.

Work on phase two of the Kumasi Central Market redevelopment project is currently 40 per cent complete.

According to the contract specifications, construction works was expected to take 48 months to complete.

The project, which is estimated at a cost of €248 million, is being financed by the Deutsche Bank of Germany with export credit guarantee from the United Kingdom Export Finance (UKEF).

The market will, in addition, have a waste treatment plant, a police station, a fire station, post offices, an amphi-theatre and first-class roads leading to and from the central business district of the city.