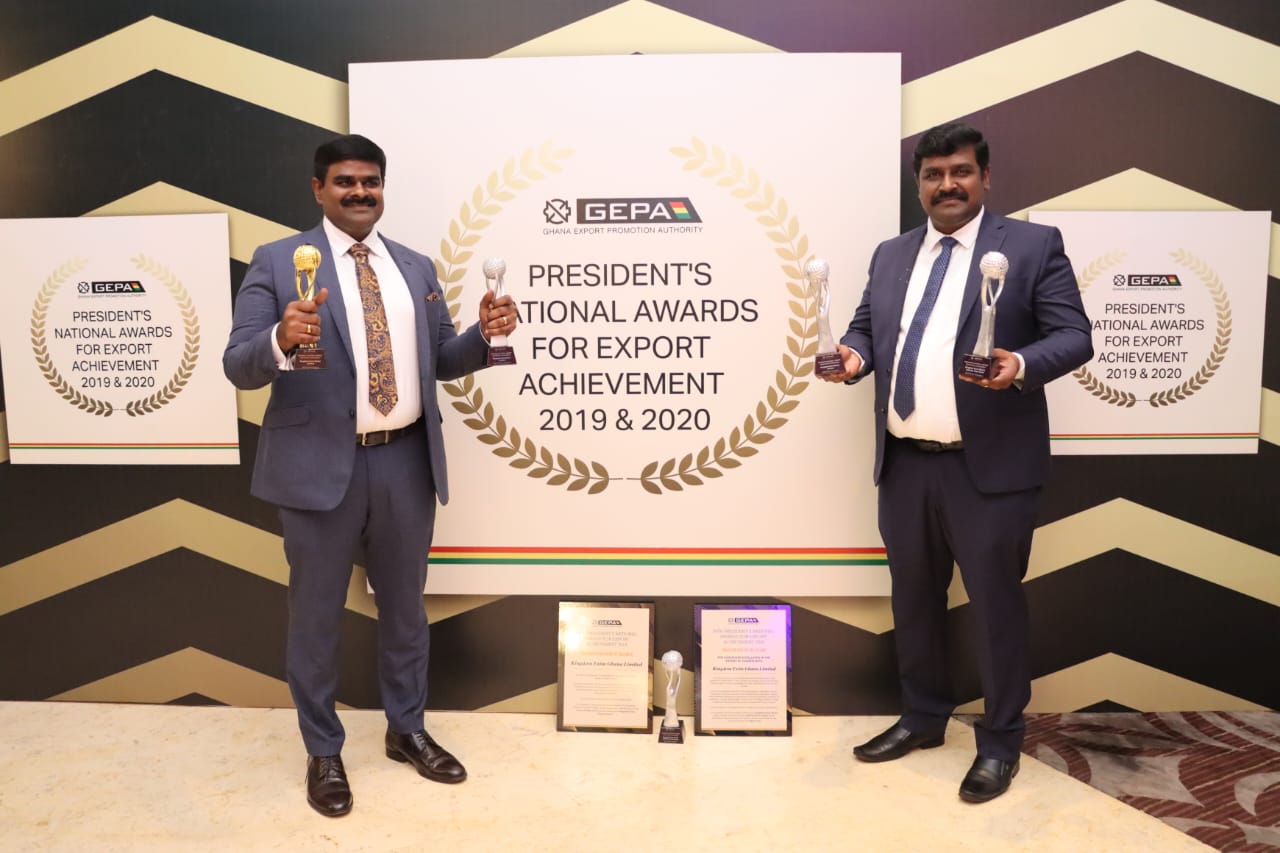 The coveted awards were presented to the Tema-based Kingdom Exim Ghana Limited at the 29th and 30th President's National Awards for Export Achievement 2019 and 2020.

The 29th and 30th President's National Awards ceremony was organized by the Ghana Export Promotion Authority in Accra on Thursday, December 8, 2022.

Kingdom Exim Ghana won the Silver Category - Export for Cashew Nut and Soya bean. The company also received the award for the 2020 Platinum Category - Hall of Fame and a number of its executives received individual Awards.

The company was inducted into the Hall of Fame for its "consistent excellence in the export of Cashew nuts", a citation presented to it reads.

The citation further reads: "You play a leading role in supplying and exporting quality agro products in West Africa. Your current top position in the agricultural sector due to your outstanding services and delivery over the last decade."

A citation presented to Kingdom Exim Ghana Limited at the Awards ceremony read: "You play a leading role in supply and exporting quality agro products in West Africa."

According to the Citation, "you were presented with the Tema Metropolitan Assembly Mayor's excellence award in 2019 because of your contribution towards the education, health, sports, and environmental sustenance of the Metropolitan Assembly. You have a high level of export proceeds repatriation."

The citation further stated that "In recognition of this outstanding achievement, the President's National Awards for Export Achievement 2019, Gold Division for the Export of Shea Nuts is hereby conferred on Kingdom Exim Ghana Limited".