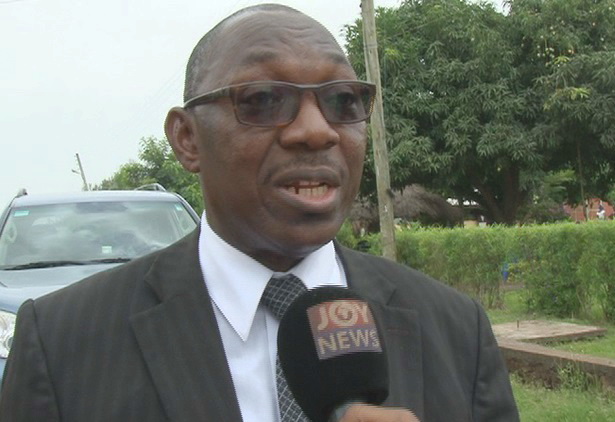 The Supreme Court, in a majority decision, has removed the judge presiding over the trial of a former Chief Executive Officer (CEO) of the Ghana Cocoa Board (COCOBOD), Dr Stephen Kwabena Opuni.

In a 3-2 majority decision yesterday, the apex court, presided over by Justice Jones Dotse, upheld the former CEO’s fourth prayer to remove Justice Clemence Jackson Honyenuga, a Justice of the Supreme Court, with additional responsibility as a High Court judge, from presiding over the case at the High Court.

The Supreme Court also quashed Justice Honyenuga’s ruling which had dismissed the applicant’s submission of ‘no case’ during the trial at the High Court.

The President of the panel, Justice Dotse, and Justice Lovelace-Johnson dissented from the decision.

The reasons for the court’s decision, according to the panel, would be available at the court registry by tomorrow .

Dr Opuni and Seidu Agongo, the CEO of Agricult Ghana Limited, an agrochemicals company, are on trial on the accusation of causing financial loss of more than GH¢271 million to the state.

Agongo has been accused of using fraudulent means to sell substandard fertiliser to the COCOBOD for onward distribution to cocoa farmers, while Dr Opuni is accused of facilitating the act by not allowing Agongo’s products to be tested and certified as required by law.

Dr Opuni’s application, which invoked the supervisory jurisdiction of the apex court, sought an order of certiorari to quash Justice Honyenuga’s ruling which had dismissed his submission of ‘no case’.

He also sought an order of prohibition to have Justice Honyenuga removed from the case, with the accusation that the judge had been biased towards him.

Lead counsel for Dr Opuni, Mr Samuel Cudjoe, who moved the application in court, argued that Justice Honyenuga violated the Evidence Act, NRCD 323 (1975) when he rejected an exhibit during the ruling on the submission of ‘no case’.

It was his contention that per Section 8 of the Evidence Act, before the judge could reject the exhibit, there was supposed to have been an objection from the prosecution.

He said the lack of objection also meant that his client was not given a hearing to enable his lawyers to respond before the said exhibit was rejected.

On the issue of bias, Mr Cudjoe accused Justice Honyenuga of making determinations in the ruling of submission of ‘no case’ as if his client was guilty, although he was yet to open his defence.

The Deputy Attorney-General (A-G) and Minister of Justice, Mr Alfred Tuah-Yeboah, who stood in for the state, in his response, urged the court to dismiss the application, arguing that Dr Opuni had failed to meet the requirement for the invocation of the court’s supervisory jurisdiction.

The deputy A-G argued that the trial judge did not violate any law when he rejected an “illegal evidence”, and that before the judge could decide on whether or not a prima facie case had been made against the accused persons, he must evaluate the evidence on record.

Mr Tuah-Yeboah further argued that even if the trial judge erred in rejecting the exhibit, the remedy available was an appeal at the Court of Appeal, not a judicial review application at the Supreme Court.

With regard to the allegation of bias, the deputy A-G said all that the judge did was to establish whether a prima facie case had been made against the accused persons.

In the first attempt, Dr Opuni had asked the judge to recuse himself, accusing him of bias for allegedly using his position as the Paramount Chief of the Nyagbo Traditional Area to call on people to vote for President Nana Addo Dankwa Akufo-Addo in the 2020 elections.

Justice Honyenuga, however, dismissed the application on the basis that it was incompetent and misconceived.

Not long after the court had dismissed Dr Opuni’s submission of ‘no case’ in April this year, he filed another application for the judge to recuse himself.

Again, Dr Opuni accused the judge of stating in open court that he (the judge) was in a hurry to finish the case in order to concentrate on his work at the Supreme Court.

According to Dr Opuni, the comment by the judge meant that he (Opuni) would not be given adequate time and facilities to defend himself, as enshrined in the 1992 Constitution.

It was after that failed attempt that Dr Opuni petitioned the Chief Justice to remove Justice Honyenuga from presiding over the case, but that was also refused.

Dr Opuni then filed this latest application at the Supreme Court to plead his case in his bid to remove Justice Honyenuga.