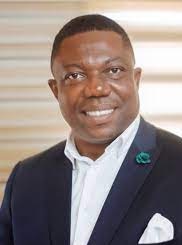 The Ghana Institution of Engineering (GhIE) has launched the 2022/23 Ghana Infrastructure Report Scorecard to ensure the quality, efficiency and sustainability of the country’s infrastructure.

The report will cover key infrastructure in the water and sanitation sector, education, health, transportation and the telecommunications industry.

Additionally, a six-member committee was inaugurated with a charge to undertake an audit for the Scorecard.

The launch, which took place in Accra, was dubbed: “Building for Ever, Building to Last”.

The President of the institution, Rev. Prof. Charles Anum Adams, while launching the report, indicated that no country would develop if it failed to periodically audit its key infrastructure and to maintain them as the population and resettlement of the people increased.

He said quality infrastructure had the propensity of eradicating poverty, and, therefore, called on development partners to support the effort.

He said the institution was proud and poised to contribute to the national discourse on infrastructure in a structured way and to engage the public in a much simpler way to appreciate the level of our infrastructure.

The Executive Director of the GhIE, David Nyante, said a country which did not take inventory of its key infrastructure was impoverished with unemployment, lack of development and shortage of basic social amenities.

He, therefore, called on development partners to support the initiative to make the infrastructure audit a biannual affair, stressing that the last infrastructure report card was done in 2016 for energy, transportation and water infrastructure.

Those infrastructures, he recounted, were rated D3, which meant poor, and needed a lot of intervention.

The Chairman of the Audit Committee, Mr Quarshie, stated that Panama Canal — which was built 108 years ago — was still relevant and serving its purpose.