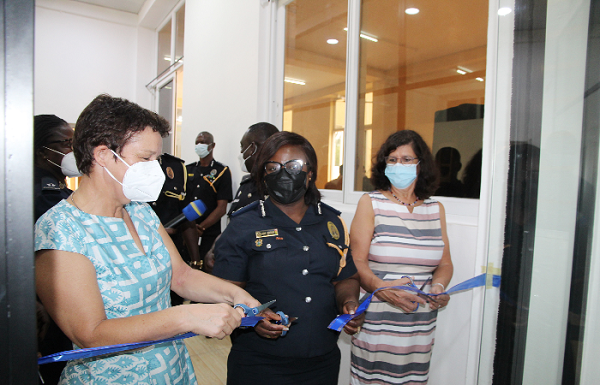 The reform implementation process is designed to be a two-year programme that will focus on accountability, training systems of the Ghana Police Service and community policing as part of efforts to enhance human safety and security.

The intended reform of local police structures is part of a more comprehensive programme designed to build and strengthen police structures in eight African countries, and is being implemented by the GIZ on behalf of the government.

At a ceremony to open the programme office, the GIZ Ghana Country Director, Ms Regina Bauerochse Bardosa, said the partnership between the GIZ and Ghana started in July 1975 under a technical   cooperation agreement.

Since then, she said, GIZ had promoted sustainable development in Ghana through about 50 programmes and projects in areas that included peace and security.

She said significant progress had been made in Ghana since the start of the programme, citing the development of a video on COVID-19 protocols in police stations and the supply of personal protective equipment to the police as key highlights.

She said an implementation strategy had been developed to provide a solid framework for training of police personnel, as well as a capacity building regime for police officers on human rights conformable investigation skills.

"The training is expected to enhance investigation of citizen complaints on police misconduct," she said.

The office accommodation, Ms Bardosa said, would facilitate meetings and also be used for the development of content for training and the revision of the drafted community policing strategy.

In a speech read on his behalf, the Inspector General of Police, Mr James Oppong-Boanuh, said the inauguration of the office marked a new milestone of the relationship between the GIZ and the police.

He said under the programme, the police had received support to resource the Police Intelligence and Professional Standards Bureau (PIPS) and the community police to enhance their work.

He listed some of the support for PIPS as 76 laptops, 57 projectors and projector screens, while the community police had received 50 motorbikes.

The programme, he said, was helping in the reform of the police training systems, by resourcing the e-library and also assisting with a curricula review.