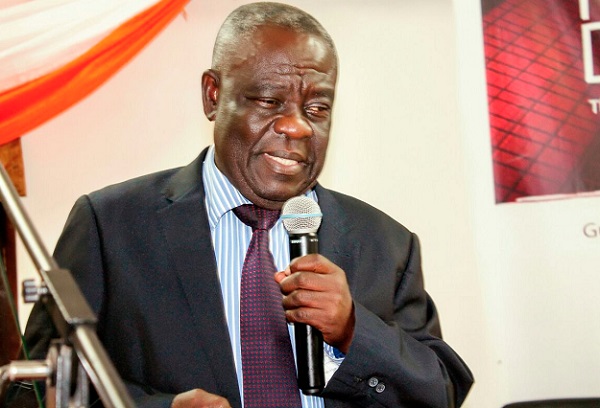 The Chief Executive Officer (CEO) of Mikaddo Holdings Limited, Dr Michael Agyekum Addo, has stressed the need for the country to put premium on the creation of indigenous entrepreneurs to accelerate its economic growth.

He explained that charting a new path by deliberately developing more young people with entrepreneurial mindset would help unlock their potential into global giants and further support the country’s growth agenda.

In his opinion, policy interventions, such as the Macrofinance and Small Loans Centre (MASLOC) and other youth entrepreneurship programmes, had failed to yield the desired results because they had been tilted towards injecting capital, instead of preparing beneficiaries on how to manage funds received to be able to enhance their operations.

Dr Addo said this in an interview with the Daily Graphic after a session of the Greater Accra Regional Convention by the Full Gospel Business Men’s Fellowship International (FGBMFI) in Accra last Friday.

On the theme: “Glorious Rebound”, the two-day convention sought to bring together Christian businessmen and professionals and empower them to make a difference in their fields of endeavour.


The convention had plenary sessions, business development networking cocktails, youth seminars, a special meeting for ladies in the fellowship and healing and deliverance sessions.

Dr Addo, who was a panel member during one of the sessions, underlined the need for young people to be prepared from the basic school level to take advantage of the ongoing entrepreneurial revolution.

“The period when countries used slavery and machines to develop is long gone. Now it is all about the mind and so we need to build an entrepreneurial mindset to be able to develop,” he stressed.

He commended the government for the keen efforts made to promote technical and vocational education and training (TVET) in the country.

“The TVET initiative is the best intervention that the government has brought on board and we all need to support it,” he said.

Dr Addo further said Ghanaians, especially the youth, must change their attitudes towards work to be able to succeed in their operations.

He said attitudes such as laziness, lateness, lack of teamwork and procrastination had a negative impact on productivity and needed to be avoided.

“We must strive to be smart and sharp in our endeavours. As Christians, we need to be Christ-like and stay away from the get-rich-quick attitude,” he said.

He added that negative work attitude by Ghanaians was affecting the socio-economic development of the country.

The Chief Strategist of Dalex Finance and Leasing Company Limited, Joe Jackson, called on Ghanaians to arise and help rebuild the country.

Citing the story of Nehemiah in the Bible who gathered some few men to rebuild the walls of Jerusalem, he said should Ghanaians arise to build together, a lot of things could change for the better in the country within the shortest possible time.

He said in rebuilding, businesses should take steps to export their produce or services in order to help stop the cedi from depreciating against the major currencies.

“We should also take deliberate steps to invest more in the agricultural value chain to be able to reap the benefits,” he said.

The CEO of JP Engineering Consult at Antigua in North America, Joseph Ayim Prempeh, challenged the youth to be daring in taking major decisions.

Such major decisions, he intimated, would set them apart from their competitors.

“Be bold as a young person, never say ‘no’ to any opportunity; you will never win if you never try,” he said.