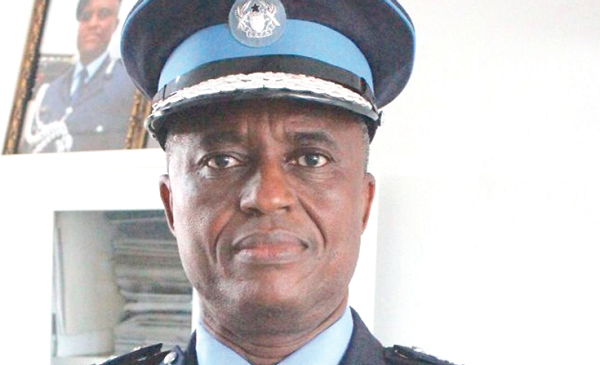 The Ghana Revenue Authority (GRA) is collaborating with the Ghana Shippers Authority to weed out criminals involved in diverting transit goods meant for landlocked countries onto the local market and resulting in loss of revenue to the state.

Under the circumstances, new measures are being put in place to streamline the processes and procedures in the transit trade.

At a stakeholders sensitisation seminar on transit trade in Accra last Wednesday, the Commissioner of the Customs Division of the Ghana Revenue Authority (GRA), Mr Isaac Crentsil, said other initiatives instituted included introduction of the first port rule system.

Under the system, transitors would be required to pay duties in the destination country and the goods released from the Ghanaian ports only after notification was received that duty obligations had been met.

The seminar was themed: “Streamlining processes for the growth of transit trade in Ghana”, and was attended by representatives of trade councils from Ghana’s landlocked neighbours who transit their goods through Ghana’s ports, namely Burkina Faso, Niger and Mali.

Other attendees were local representatives from the Ministry of Transport, Ghana Ports and Harbours Authority (GPHA) and GC-Net among others.

Transit trade refers to the business connected with passage of goods through a country to their destination in another country which usually is landlocked.

Such goods that transit through Ghana are not supposed to be consumed in the local market and are not subjected to the payment of duties and taxes to the government of Ghana.

Mr Crentsil spoke against transit goods, which are mostly high duty goods finding their way onto the domestic market.

“In the name of transit, goods imported into Ghana and processed under the transit region to Burkina Faso, Niger or Mali are diverted onto the local market. The goods are either discharged in Kumasi or in some remote corners even in Accra,”

“Customs have taken several steps to halt the activity, but in vain. From using human escorts to tracking machines, the offenders have continued to outwit customs and to deny government of revenue,” he said.

He said the new measures would be reviewed annually to ensure they were effective and an improvement over customs’ control processes.

She said Ghana derived tangible financial benefits from the transit trade as a report by the GSA in 2015 established that an estimated total revenue of $24 million, which is equivalent to GH¢94 million, accrued to the Ghana economy through some quantifiable services provided by various operators involved in the delivery of transit services.

“There are a number of other entities that benefit directly from transit trade including fuel stations, hotels, restaurant operators among others and all help to boost the economy and enhance the livelihoods of Ghanaians,” she said.

In a speech read on behalf of the Minister of Finance, Mr Ken Ofori-Atta, by the Head of Tax Advisory Unit of the Ministry, Mr Daniel Nuer, he said the government found the rampant abuse of the transit trade system worrying.

He was hopeful that the new measures put in place would stem incidences of leakages and divergence of goods under the transit trade regime which resulted in loss of revenue in terms of taxes and duties.

“All leakages should be a thing of the past. We must contribute our quota to the development of our nation,” he said.
The Deputy Minister of Transport, Mr Daniel Nii Kwartei Titus-Glover, warned perpetrators of criminal activities at the ports to desist from the act.

“We know the nation wreckers because they use service providers in the ports.

Let me warn you that when you are caught, don’t call any politician,” he said.