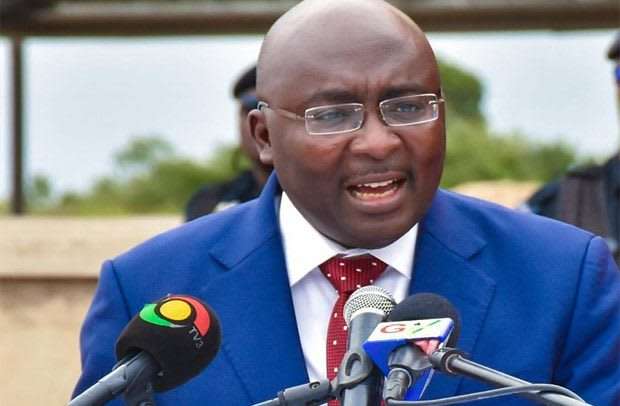 The government is providing 3,000 projects across the country to ensure quality education, with 50 per cent of them nearly completed.

In the Upper East Region, about 164 educational projects have been undertaken, with 57 per cent of them already completed.

The Vice-President, Dr. Mahamudu Bawumia, who made this known at the 60th anniversary celebration of the Navrongo Senior High School (NAVASCO) in the Kassena Nankana Municipality in the Upper East Region last Saturday, stated that “the goal of quality education can only be attained with appropriate investment in educational infrastructure”.

The anniversary was on the theme: “Sustaining 60 years of quality education in Navrongo Senior High School: The role of stakeholders”.

The Vice-President said the government had commenced the provision of free Wi-Fi for senior high schools, 46 colleges of education and 13 public universities while 350,000 laptops had been provided to teachers under the’ one teacher one laptop’ policy.

That, he noted, was part of the measures by the government to improve quality of teaching and learning in the country.

Dr. Bawumia further explained that President Nana Addo Dankwa Akufo-Addo had responded to some of the specific needs of NAVASCO by initiating the construction of a 12-unit classroom block, 12-seater toilet and two (six-seater) water closet toilet facilities.

“We will ensure that these projects are completed as soon as possible to ameliorate the problems of inadequate infrastructure the school is currently facing. We will also take steps to complete the girl’s dormitory projects that has stalled as part of our commitment to ensuring quality,” the Vice-President further gave the assurance.

According to the Vice-President, NAVASCO had become a national icon. He added: “It is a great pleasure and honour to be part of this historic event. Sixty years of grace in the life of an individual or an entity is no mean achievement.”

He recalled that Ghana's first President, Dr. Kwame Nkrumah, foresaw the development of the school when on October 26, 1960, while on a visit to the school, he wrote in the Log Book that “this school has a future. I shall watch its progress with great interest. Today, Nkrumah is not around to see the progress and the impact this school has made. Nonetheless, it was a worthy intervention of government and the first President to establish this school,” Dr. Bawumia noted.

He said NAVASCO had chalked up great successes and continued to live its vision of providing quality education and academic excellence.

“NAVASCO is not only the light of the north in addition to Tamale Senior High School (TAMASCO) but these two great schools are shining lights in the north,” the Vice-President intimated.

He paid glowing tribute to the founding fathers of the school — Lawrence Abavana, first Commissioner of the then Northern Territories and Navro-Pio Pε Balinia Addah.

The rest were Rev. Duncan and Monsignor Alexis Abatey on one hand and Alhaji Mohammed Issaka on the other hand who were instrumental in the construction of the Ecumenical Chapel and the Mosque respectively.

“The school has been blazing the trail since its establishment, which both students and management have been proud of. Mr. Collins G. MacDonald is arguably the greatest headmaster of this great school,” he stated.

The Vice-President said he was aware that the provisional assembly hall was constructed many years ago under the leadership of Mr. MacDonald, during his time as headmaster of the school, with scrap from a British Pavilion after a Trade Fair held in Accra.

Dr. Bawumia commended the pioneer students and staff, who, despite the difficult and trying conditions, carried on their studies and work with zeal and diligence.

Dr. Bawumia was of the view that stocktaking was necessary for the development and growth of the school, stressing that “while the previous anniversaries were important, this particular anniversary is crucial because it marks 60 years since the establishment of the school”.

He further observed that the theme for the anniversary was appropriate because “it fits into the government’s strategic vision of increasing access and improving quality of education in Ghana; an anniversary that seeks to reflect on the role of stakeholders in the provision of quality education in NAVASCO could not have been more appropriate”.