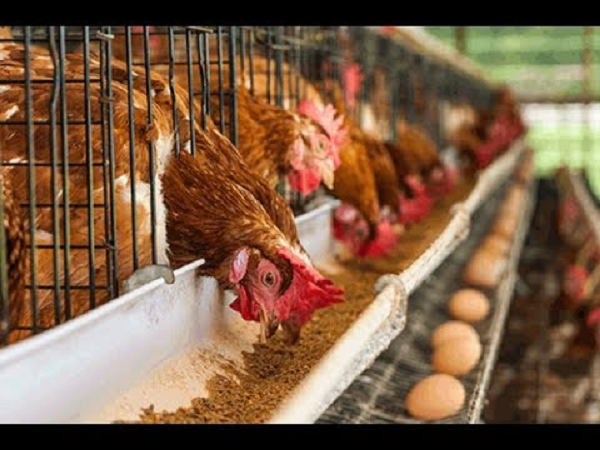 Poultry farmers and feed producers have called on the government to save the livestock feed industry from collapse due to the "unprecedented" shortage of maize, soya and wheat bran in the country.

The scarcity of raw materials for the production of feed for the birds, they pointed out, had resulted in price hikes of poultry products.

Maize, wheat bran and soya bean cake constitute about 80 per cent of the total volume of ingredients used in the production of feed for poultry.

The scarcity of maize, soya and wheat bran, they indicated, could cause a great loss for the industry in terms of loss of jobs and capital of the farmers.

Registering their plight at a press briefing yesterday, the Greater Accra Poultry Farmers Association (GAPFA), which has 1,775 members, warned of danger for the nation's economy if the situation was not addressed.

"The resultant effect is that our working capital has been reduced drastically. Also, these cereals are hardly available on the market for us to purchase," he said.

He urged the government, through the Ministry of Food and Agriculture, to sign an MoU with the flour millers for the consistent supply of at least 50 per cent of the total wheat bran required by poultry feed mills at a mutually agreed price.

He also appealed to the government to encourage the Agricultural Development Bank (ADB) to partner private businesses to import maize specifically for the poultry industry.

A council member of the association, Mr Kwame Ntim Duoduo, said the feed mill of the association had to be closed temporarily on a number of occasions, while four other poultry feed producers in the Greater Accra Region had collapsed as a result of the development.

He mentioned the feed mills that have closed down as Akwaaba Feeds, Koujis Feeds, Yili Feeds and Essae Agrow.

Many poultry farmers, he said, were selling off their birds at ridiculously low prices in a bid to recoup some of their investments.

He called on the government to create a dedicated strategic national grain reserve of a minimum 3,500 tonnes of maize for the feed milling industry to fall on in times of national shortfalls — which is currently expected to span between March and September 2021.

He said the GAPFA feed mill, which employed 75 direct workers, used 1,450 bags of maize a day currently even though it had a capacity to produce double of what it produced.

A poultry farmer, Mr John Kwao Mensah, who said he had been waiting for four days to get poultry feed to buy at the GAPFA office, said: "l am planning to quit the poultry industry. I will sell my birds and invest the little money that l will raise into some other business".

"I know many friends who are in financial distress and are unable to feed their birds due to the high cost of poultry feed. Some have had to go into free range feeding for the birds, while others, like myself, ration the few bags of feed they are lucky to buy. Ration feeding affects the birds, but we do not have a choice," Mr Mensah said with a shrug.

Another poultry farmer, Madam Evelyn Sackey, who said she had been in the poultry industry for more than 20 years, was seen in the long queue of buyers at the GAPFA office.

"l have been waiting for the past six days to get feed for my 700 birds. l am here to buy 20 bags, but l have been told l will get 10 bags. The shortage we are experiencing is too much."