The kind gesture of a young teacher to bring to the attention of Kessben Foundation the deplorable living condition of a poor invalid woman has in the end brought smiles and joy to the people of Amoaman Nsuta in the Sekyere Central District of the Ashanti Region.

The poor living condition of Madam Ama Pim, in her late 60s was first brought to the attention of the Kessben Foundation early this year by a teacher of the Methodist Primary School in the community.

Mr Dwomoh Sarpong who responded to an announcement on Kessben FM and Kessben TV to send pictures of the living conditions of people who needed help, was not sure of his chances but was surprised when a visit was made to Madam Pim to assess her situation for possible assistance.

An old dilapidated and collapsing rugs-stashed wooden structure much like a disused corn shack in a predominantly mud cottaged farming community was all Madam Pim had for shelter over her head.

Land was provided by the Odikro of the village, Nana Bobbie Ansah II and the construction of a sandcrete bed-seater detached house was started by Kessben Foundation to give the poor woman a more decent accommodation.

At a short ceremony in the village to hand over the completed house, Nana Bobbie Ansah thanked the Kessben Foundation for living up to their promise, seeing to complete the building for the poor woman whose poor condition of living had become a source of worry to the community.

Madam Ama Pim who was by herself over-joyed expressed gratitude to God for answering her prayers for a better shelter and thanked the Foundation for lifting her from abject poverty to a new life of hope.

She prayed the management of the Foundation to extend support to others in similar situation in the community.

She explained that she became invalid at an early age after falling from a mango tree and fracturing a bone in her. 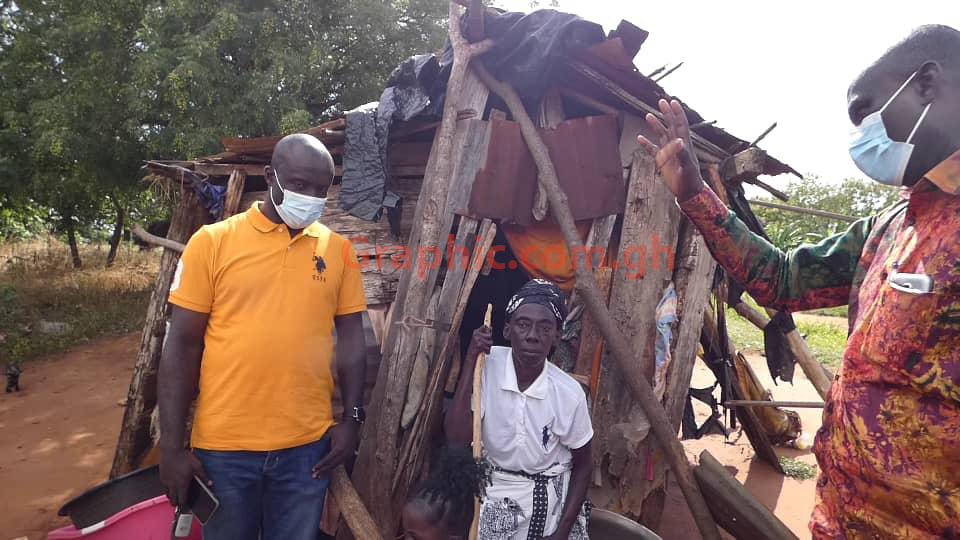 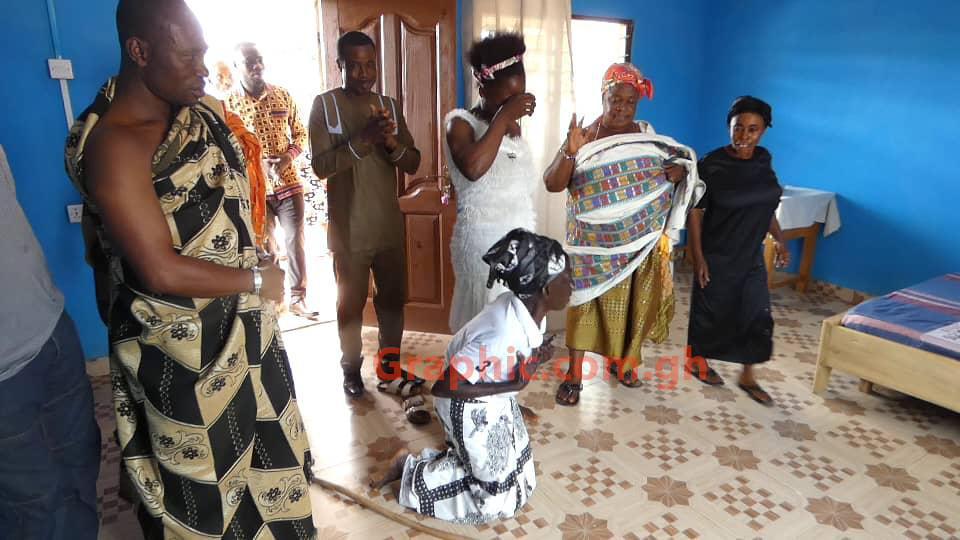