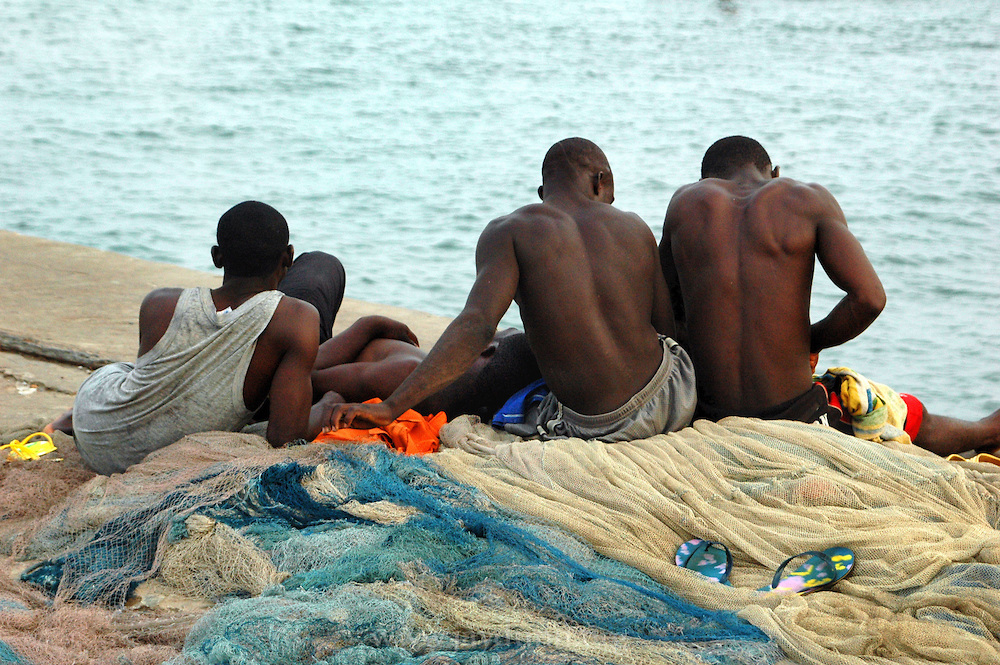 Chief fishermen in some fishing communities have been accused of sponsoring illegal fishing practices.

The Chairman of the Western Regional branch of the Ghana National Canoe Fishermen Council (GNCFC), Nana Kwodwo Conduah, indicted the chief fishermen, saying many of them were using illegal methods of fishing and must stop.

“If the chief fishermen are using the illegal methods, how can we tell the others under us to stop? Almost all of us use light in fishing and we cannot deny that,” he said.

Nana Conduah was speaking at this year’s World Ocean Day marked in Shama in the Western Region.

It was celebrated on the theme: “Our oceans, our future”.

Fishermen from the four coastal regions, namely, Central, Western, Greater Accra and Volta, converged on Shama to mark the day.

The durbar was organised by the Sustainable Fisheries Management Project (SFMP) of the United States Agency for International Development (USAID) and its allies to raise awareness of the fast depleting ocean resources and how to work to restore them.

Nana Conduah said if efforts at restoring the sea were to be successful, chief fishermen, the traditional custodians of the sea, must themselves be seen to be actively supporting those efforts.

His assertion was strongly buttressed by the acting Chairman of the Central Regional GNCFC, Nana Obrenu Dadum III, who also stated that many of the chief fishermen were sponsoring illegal fishing activities.

“Some of the chief fishermen are using chemicals to fish. They cannot, therefore, ask the fishermen at their landing beaches not to bring in the fish caught through illegal fishing methods,” he said.

He further cited the bigger fishing communities, including Elmina, Winneba and Apam, as culprits.

Representatives of the fishermen pledged to add another fishing holiday in the week.

That will be in addition to Tuesday, the traditional fishing holiday for artisanal fishers in Ghana.

The chairmen of the various regional branches of the GNCFC, in various speeches, said the additional day had become necessary to support efforts to restore the ocean.

They said another day, preferably Sunday, must be observed as another fishing holiday.

The Paramount Chief of Essikado, Nana Kobina Nketsia, said greed, selfishness and the uncontrolled desire to be rich by all means were making people adopt destructive behaviours towards natural resources.

He said the sea and its resources were sacred and must be treated with utmost care and fear.

In another development, it has been observed that some fishermen in the country are still using chemicals like  dichlorodiphenyltrichloroethane( DDT) and  carbide,  despite the health dangers associated with their  use in  fishing for human consumption.

Most of the fish  landed by fishermen  as a result of the practice, are  discoloured, with broken flesh and sunken reddish eyes, an  indication that they are not fresh.

Health experts have  warned  that  these chemicals when ingested would lead to  a number of health problems, especially diseases that damage the nervous system.

They cautioned that people who swallow large amount of DDT do not only become excitable or have tremors and seizures, but also experience sweating, headache, nausea, vomiting and dizziness.

Another challenge facing the fishermen is the rampant use of pair trawling. Pair trawling is the use of two boat with a net in between, and this practice, according to the fishermen,is gradually becoming a norm in the fishing industry.

Some fishermen lament, that it might destroy even the sea plants the fishes feed on .

The Chief Fisherman at Jamestown, Nii Kai Okaishie III, also confirmed to The Mirror that illegal fishing including light and chemicals were still in use and expressed  concern  that "the same foreigners who came to teach our people light fishing are the same people doing the pair trawling and now our people have learnt that too”

A Medical officer at the Health Link Medical Services in Accra, Dr Emmanuel Amankra  who expressed concern about the use of these chemicals for fishing said they had a short and a long term effect on consumers.

He said studies have shown that such chemicals when consumed over a long period  could cause infertility in both men and women.

With the recent craze for catfish and tilapia in town, Dr Amankra noted that there was the need for a constant public education "as you will never know what you maybe consuming."

Meanwhile the Minister of Fisheries and Aquaculture Development , Mrs Elizabeth Naa Afoley Quaye has assured fishmongers of a test kit to enable them examine the fish before purchasing them for consumption.