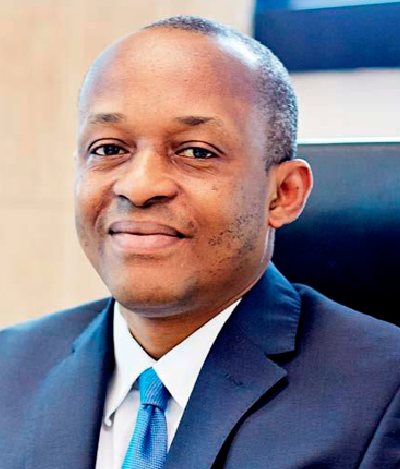 Lawyers for the founder of the defunct Capital Bank, William Ato Essien, have attacked a report by the Joint Receivers detailing alleged suspicious transactions at the bank.

The Joint Receivers identified three main transactions as allegedly suspicious that led to the dissipation of a GH¢620 million liquidity support given to the bank by the Bank of Ghana (BoG) between June 2015 and November 2016.

One of the joint receivers, Mr Vish Ashiagbor, had earlier testified about three alleged suspicious transactions during his evidence-in-chief.

For example, he said, Essien took GH¢27.5 million of the liquidity support and used it as payment for business promotions.

Also, he testified that GH¢130 million of the liquidity support was given to a company known as All Time Capital to be used for the purchase of commercial papers but the amount ended up being used to set up another bank, known as Sovereign Bank.

The witness further said GH¢70 million of the liquidity support, which was part of a financing arrangement supposedly meant to discount the invoices of three companies which had executed work for the Department of Urban Roads (DUR), was transferred to the account of the fourth accused person, Quartey-Papafio.

The businesswoman, he said, transferred the amount back to Capital Bank to be used for the purchase of shares of the bank.

During the cross-examination yesterday, counsel for Essien, Mr. Thaddeus Sory, perused each of the three alleged suspicious transactions and sought to make a case that they were actually genuine transactions.

With regard to the GH¢70 million, counsel made a point through his questioning that it was transferred to one of the accused persons — Quartey-Papafio as a result of the discounting of certain payment certificates, which he said was a normal banking practice.

He added that Capital Bank as an institution voluntarily transferred the money to Quartey-Papafio, which the witness agreed.

Counsel then asked Mr. Ashiagbor to confirm if Quartey-Papafio transferred the money back to Capital Bank, to which the witness answered in the affirmative.

Counsel said that meant the money was now under the control of the receivers since the money was paid back to the bank. Mr. Ashiagbor disagreed.

Below are excerpts of the cross-examination

Thaddeus Sory: So where is the money?

With regard to the transaction involving the GH¢27.5 million, Mr Sory sought to make a case that all the business promotion purposes that the money was used for were clearly detailed and approved by the bank, to which the witness answered in the affirmative.

Counsel then asked the witness if any of the records detailing the disbursement of the GH¢ 27.5million included the name of Essien.

“No, they don’t,” Mr. Ashiagbor answered.

In relation to GH¢130 million, Mr. Sory made a case that the amount was a purely business transaction which was approved by the top management of Capital Bank.

The witness disagreed with counsel and answered that actually the records showed that the management of the bank “was concerned about the validity of the transaction.”

The cross–examination will continue on October 22, this year, at the court, presided over by Justice Eric Kyei Baffour, a Justice of the Court of Appeal sitting as a High Court judge .