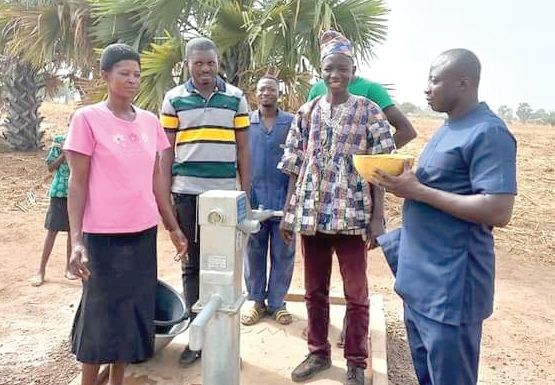 The Bunkpurugu/Nakpanduri District Assembly in the North East Region, has resolved the water crisis confronting parts of the district with the construction and handing over of 20 mechanised boreholes to 20 communities for access to potable drinking water.

The facilities which cost about GH₵145,000, were funded by the assembly with support from Lifetime Wells, a non-governmental organisation.

About 20 communities which benefited from the boreholes project were carefully selected based on substantial demand for water.

Handing over the boreholes to the beneficiary communities, the District Chief Executive, Joseph Louknaan, said the boreholes formed part of the government’s efforts at ensuring that the people had access to potable water.

To ensure the sustainability of the facilities, he indicated that the assembly had also trained water and sanitation officers to ensure the effective use and regular maintenance of the boreholes.

According to him, the assembly funded the drilling of the boreholes, whiles its development partner, Lifetime Wells, trained the water and sanitation officers and also provided tool boxes for repairs.

Mr Louknaan expressed the hope that the boreholes would aid the development of the area, urging them to put the facilities into good use to ensure that they served the intended purposes.

The Assemblyman for the Bunkpurugu Central Electoral Area, Manasseh Kombat, thanked the assembly and its partner for the gesture and pledged to strictly monitor the facilities to ensure that they were put to good use.

Some residents of the beneficiary communities expressed their appreciation to the assembly and pledged to rally behind the government to ensure rapid development of the district.