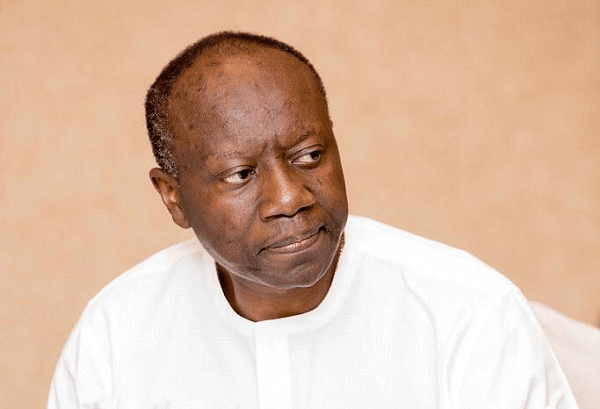 The International Monetary Fund (IMF) has advised the government to craft and execute its 2020 budget carefully to avoid overspending that can reverse the gains of stabilisation and draw the economy backwards.

Although the IMF praised the government for maintaining macroeconomic stability since 2017, it warned that the 2020 budget must avoid the fiscal excesses that election year budgets had been associated with in recent years.

In a statement released last Thursday evening after the visit of an IMF Mission to the country, the fund said the 2020 budget must be “appropriately tight” to help “limit financing needs, contain debt build-up and support the external position.”

The statement, which was signed by Mr Carlo Sdralevich, the leader of the mission, said to achieve those tripartite objectives, the government would have to deploy a mixture of revenue enhancing and expenditure reduction measures to help contain the fiscal pressures that the economy was starting to endure.

The mission analysed prospects for strong and sustained economic growth, including long-term growth targets and structural transformation envisaged under the Ghana Beyond Aid agenda, and the contribution of the financial sector to economic activity.

The fund’s warning on the need to avoid fiscal excesses in next year’s budget comes at a time when the government is concluding preparations of the 2020 budget and economic policy statement which is scheduled to be presented to Parliament on November 14, this year.

In that budget, the fund recommended that the government “avoids spending and financing operations outside the budget to enhance budget credibility and transparency.

“The authorities should also forge ahead with the implementation of the Energy Sector Recovery Plan to limit contingent liabilities in the energy sector,” the statement said.

Since 2017, revenue performance has been consistently weak, with the Ghana Revenue Authority (GRA) missing its annual targets in two years in a row.

Although the authority said last week that it was on course to meeting its 2019 target of GH¢45.27 billion (it reportedly collected GH¢32 billion as of September), experts fear that the amount could also be elusive.

Already, the fund said the implementation of the 2019 budget had been challenging, “owing to lower than expected revenues, front-loading of spending on some government flagship programmes, and unexpected security outlays reflecting emerging security challenges from the Sahel region.

“In addition, long-standing losses in the energy sector have spilled over to the budget and, together with the cost of the financial sector clean-up, have contributed to the rise of public debt, projected at about 63 per cent of gross domestic product (GDP) by year end,” the statement said.

The IMF, however, noted that the government was committed to keeping the budget deficit (excluding financial sector restructuring and energy costs) below five per cent of GDP as well as registering a primary surplus, in line with the Fiscal Responsibility Act.

It advised further that the government “should also forge ahead with the implementation of the Energy Sector Recovery Plan to limit contingent liabilities in the energy sector.”

On the monetary side, the statement said the policy stance appeared appropriate, “but it should continue to remain vigilant to inflationary risks.

“Tightening may become necessary should inflationary or exchange rate pressures emerge. The central bank’s focus on building external buffers going into 2020 is a welcome development,” it said.

According to the fund, the Bank of Ghana (BoG) was well advanced in the clean-up of the savings and loans and finance house sub-sectors, which it said was “another important piece in the extensive reform of the financial sector.

“The recapitalisation of the remaining locally owned banks and the reduction of the overhang of non-performing loans will be key to boosting credit to the private sector and to buttress growth in non-extractive activities,” it said.

It added that the new deposit insurance scheme, the ongoing strengthening of regulatory and supervisory regimes, and the work of the Financial Stability Council were also “steps in the right direction.”

“Going forward, both robust implementation and deepened accountability remain critical to prevent a recurrence of weaknesses in the financial sector,” it said.

The IMF Mission, the statement explained, held discussions on part of the 2019 Article IV Consultation, which was concluded in Washington, D.C. during the IMF/World Bank Annual Meetings.

It is expected that the IMF staff would prepare a report based on the preliminary findings of the mission, to be presented to the IMF's Executive Board for discussion and decision.