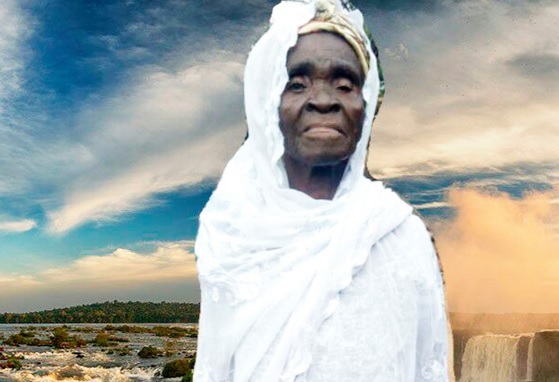 The first son of the late Madam Akua Mariama Denteh, 90, who was lynched on the accusation of witchcraft at Kafaba in the East Gonja Municipality in the Savannah Region says only justice can appease the family.

Mr Mahama Salami, 58, said although the Savannah Regional Coordinating Council (SRCC) had set up a foundation in memory of his late mother, the arrest and prosecution of those who killed the old lady should supersede every other compensatory venture.

In an interview with the Daily Graphic on Saturday, August 1, 2020, Mr Salami said if it had not been the media, the gruesome murder of her late mother would have gone unnoticed, stressing that her mother's death should bring to an end such acts of accusations, torturing and eventual killing of aged women in the name of exorcising witchcraft.

"All that the family is demanding is swift action on the part of the police to bring the offenders to face the law," he said, adding that “you cannot kill somebody based on mere allegations of witchcraft."

He said it was unfortunate that in our part of the world such criminal acts thrived and sometimes offenders went unpunished.

Mr Salami, who could not hold back his tears and anguish, expressed surprise that one Sanjo, who allegedly invited the traditional priestess into the Kafaba community, and his accomplice, said to be one Aliu, to supposedly expose alleged witches were both trained teachers.

He said both teachers were with the Kafaba District Assembly (D/A) Primary and Junior High School (JHS), adding that it was on the compound of Sanjo that the crime was committed.

Mr Salami said the spot where his mother was killed was about 800 metres from where the old lady lived.

The woman was supposedly dragged from her home to the trial spot where she went through the trial by ordeal after which the traditional priestess pronounced her a witch, leading to her lynching.

Mr Salami said her mother birthed seven children, with one of five females deceased among the siblings.

He described Ms Denteh as a devout Muslim who lived a quiet and peaceful life and wished to live longer to take care of her grandchildren and great grandchildren.

She had 21 grandchildren and four great grandchildren, some of whom she nurtured up to tertiary education level.

The Kafaba community is about 21 kilometres from Salaga, the capital of the East Gonja Municipality.

Madam Denteh and her husband, Mahama Braimah, now also of blessed memory, went into commercial farming earlier in life, and he was adjudged the Best District Farmer for the then East Gonja District in 1986.

She continued her farming activities, cultivating yam and maize even into her old age.

Mr Salami inherited the farming culture from his parents, and has ventured into commercial farming of yam, maize and rice.

The youngest among the siblings is Mr Dominic Mahama Saaka, 42, a tutor at the T.I. Ahmadiya Senior High School in Salaga.

The rest are Mahama Memuna, Mahama Rabiatu, Mahama Zainabu and Mahama Mariam who are farmers.

So far, seven persons have been arrested by the police, with six of them in police custody.

Those arrested include the Chief of Kafaba, Mr Seidu Yahaya, who has since been granted police enquiry bail, while five of the suspects who turned themselves in are said to be those who invited the traditional priestess into the community.

Madam Mariama Denteh was lynched on July 23, 2020 at Kafaba after a traditional priestess pronounced her as a witch following a trial by ordeal.

She has since been buried in line with Islamic tradition.