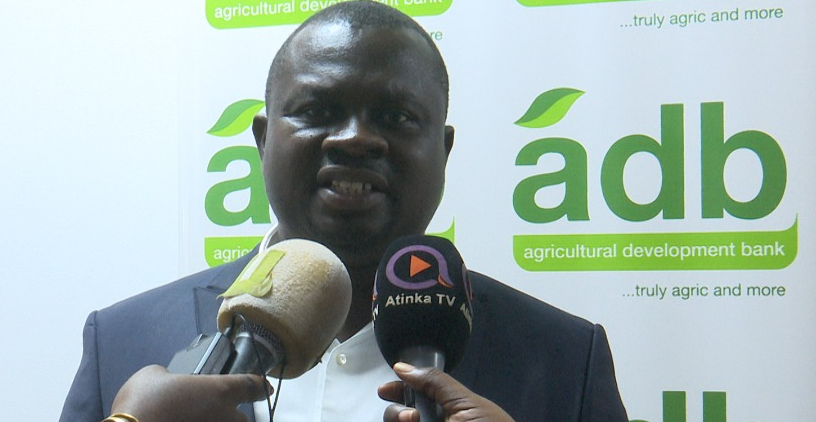 The Agricultural Development Bank Limited (ADB) Plc has pledged to build its relationship with the Ghana Journalists Association (GJA) to enable it to deliver its mandate.

The bank further expressed its commitment to support the GJA’s annual awards and also the association’s human capital development agenda.

The Managing Director of the bank, Dr John Kofi Mensah, gave the assurance when the executive of the GJA, led by its President, Albert Dwumfour, paid a courtesy call on him in Accra last Thursday.

In attendance were some management members of the bank.

The visit afforded the new GJA executive to introduce themselves to the management of the bank and to explore new areas for cooperation and partnerships for mutual benefits.

Dr Mensah, also an honorary member of the GJA said the bank was ready to collaborate with the current executive just like they did with past executive.

He lauded the steps taken by the new GJS executive to build on the bond that existed between the two institutions.

Dr Mensah indicated that the bank would engage further with the GJA on its intended projects and programmes to see how best they could support.

“But permit me to say that the bank had tremendously improved since I assumed office in 2017 as the Managing Director and also coincidentally also begun the improvement of the chords between the bank and the GJA,” Dr mensah said.

He added: “The Bank has been a major sponsor of the GJA awards since 2018, months after I had taken over the leadership of the bank.”

He said in the same year the bank appealed to the GJA to include best journalist in Agriculture reporting in the categories of award, which was done and become one of the most keenly contested categories.

Dr Mensah said the media remained a critical part of the country’s democratic dispensation and especially, to the corporate world, the main support in the dissemination of information to its customers and its advertising activities.

Mr Dwumfour expressed gratitude to the bank for its enormous support, including the banks contribution to the annual GJA awards since 2018.

“We are hopeful that this year we would see a double portion of your support in the past due to the current rising cost of living and our resolve to give the awards a new facelift,” he said.

Policy direction
The president of the GJA, sharing the key journalist- centred policy direction of the current GJA executives mentioned the rebranding of the association.
“Our focus and objective is to reposition the association to enhance its image, benefits to members and society at large. This is why we refer to our team as the legacy regime. The rebranding is important to inspire hope, confidence in the masses and its members. This is to make the association more attractive and appealing to all journalist.
He further said that as part of the rebranding, the executives were working hard to change the look and fill of the GJA’s secretariat, the Ghana International Press Centre.
Mr Dwumfour said the GJA would need the support of the bank in that regard “As we work to temporarily vacate the premises to make way for work to start in the next few days.
“We have decided that the fund will facilitate the completion of such cases into the future by putting together a legal team who would always be a call away to make sure perpetrators were prosecuted.
Mr Dwumfour said the executives would not take the welfare, safety and security of journalists for granted and said the leadership of the GJA hoped to launch the welfare fund by the first week of October this year with an anticipated seed of two million.
Whiling indication that the association had received pledges from other institution, he said it was also counting on the ADB for support in that regard as well.

Business environment
Mr Dwumfour said the GJA also wanted to explore partnerships for various GJA activities to drive home a strong enabling national business environment to help promote the
“The bank is now visible as compared to the past. And for me that is a good feat for which the leadership deserved commendation for. We appreciate your interest in Corporate Social Responsibilities,” he stressed.