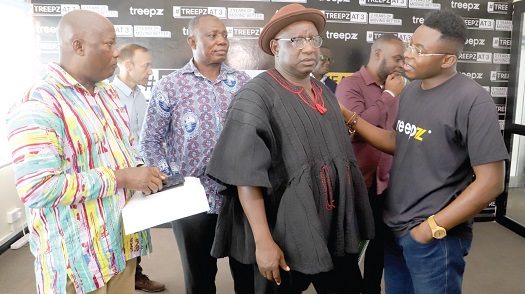 The Ghana Private Road Transport Union (GPRTU) has stated that it has good reasons to ask for fare increment in the face of the rising cost of living.

The General Secretary of the GPRTU, Godfred Abulbire, said this was because vehicle and transport related expenses had increased exponentially in the country.

“If fuel, lubricants, spare parts and fees we pay to DVLA, insurance companies and assemblies have all increased then we have every reason to submit a report to ask for fare increment,” he explained.

Mr Abulbire made the statement at a press conference last Friday, in Accra organised by Treepz Ghana, a digital transport company, to launch its new service.

Mr Abulbire, however, stated that the recent announcement of the increment of transport fares did not come from the union.

“That information is not coming from us because there are some groups that have come out on several grounds making up those statements so GPRTU issued a statement yesterday that we are not part of that decision,” he explained.

Mr Abulbire, therefore, stated that the union had its own procedures which it followed to increase fares when needed.

“We have a procedure that we follow to increase our fares and that procedure has about seven factors which determines the running cost of commercial vehicles,” the General Secretary added.

The Country Manager for Treepz Ghana, Isidore Kpotufe, who launched the service, urged commercial drivers to consider switching to electric buses to save cost in the face of the current economic hardships.

He said the hike in fuel prices, particularly, was something the government was struggling to handle.

“Consumers are not willing to pay more because their incomes are not growing so to cut cost while increasing profit, e-bus is the solution,” Mr Kpotufe added.

He, therefore, urged the government to formulate policies that would facilitate the introduction of electric buses adding that it would reduce pollution and reduce public health expenditure at the long round.

“The new service would, therefore, enable corporate organisation, schools, churches, and event and tour organisers request buses at their convenience”, he said.

Treepz is a bus hailing digital platform that allows people to request bus rides from the comfort of their homes.