14 Dead in accident at Kyekyewere 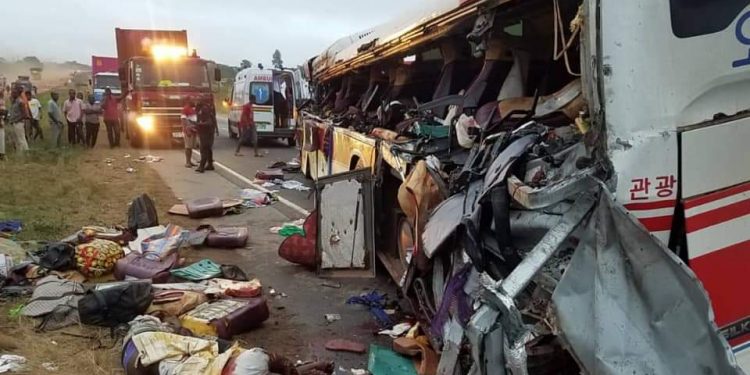 Fourteen persons have been confirmed dead in the Kyekyewere accident on the Accra-Kumasi highway which occurred Tuesday morning.

The accident involved an STC bus, a Yutong bus and a tipper truck.

A Police Public Relations Officer at the Eastern Regional Police Command, Sergeant Francis Gormado, confirmed the deaths in a radio interview on Accra-based Citi FM which was monitored by Graphic Online.

Sergeant Gormado added that the injured were at the hospital receiving treatment.

“We received the sad news to the effect that there was an accident on the Kyekyekyere road near Suhum on the Accra-Kumasi road involving an STC bus, a trailer, and another VIP type of bus. Upon receipt of the information, Suhum police immediately went there to clear the road for other road users and also to send the injured to the hospital for treatment.”

“As we speak, our men are actually on the ground and I can confirm that 14 people have lost their lives in the accident. This was confirmed by the various health facilities that they were sent. We have just commenced an investigation and we will brief the public.”

According to an eyewitness, the tipper truck veered off its lane forcing the other vehicles to run into it. 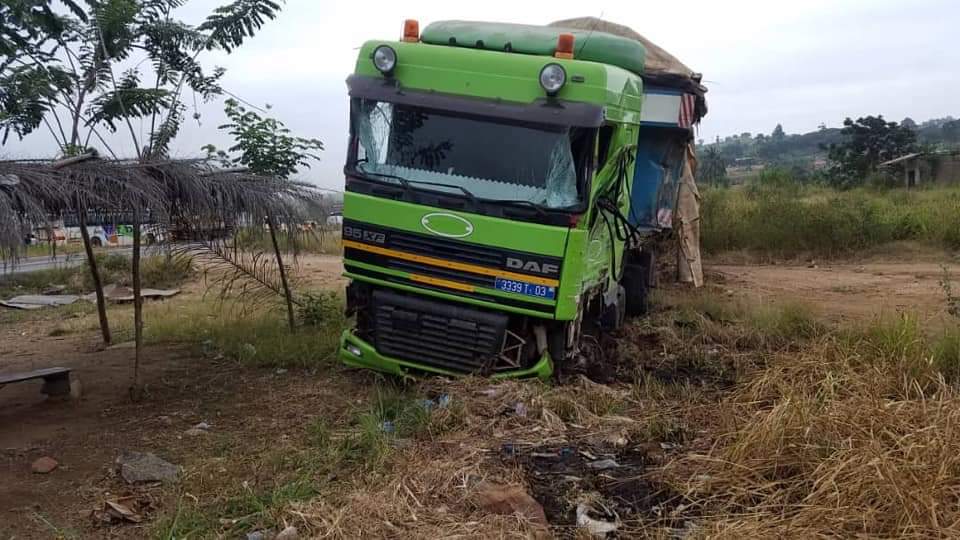 “I am an okada rider, so I was coming from Asuboi. All of a sudden, I saw the truck switching lanes coming from the Accra end of the road. So the STC driver saw it, applied the brakes and veered off into a nearby gutter. The Yutong driver behind the STC driver didn’t see what was happening on time and crashed into the tipper truck. A lot of the passengers lost their lives.”

“We had wanted to help rescue some of the passengers but it was difficult for us. So we quickly called for an ambulance and the police to come in to help. When they came, we were able to rescue some passengers and took them to the hospital. A number of them died on the spot while several others were severely injured.”