Kanda Cluster of Schools gets library 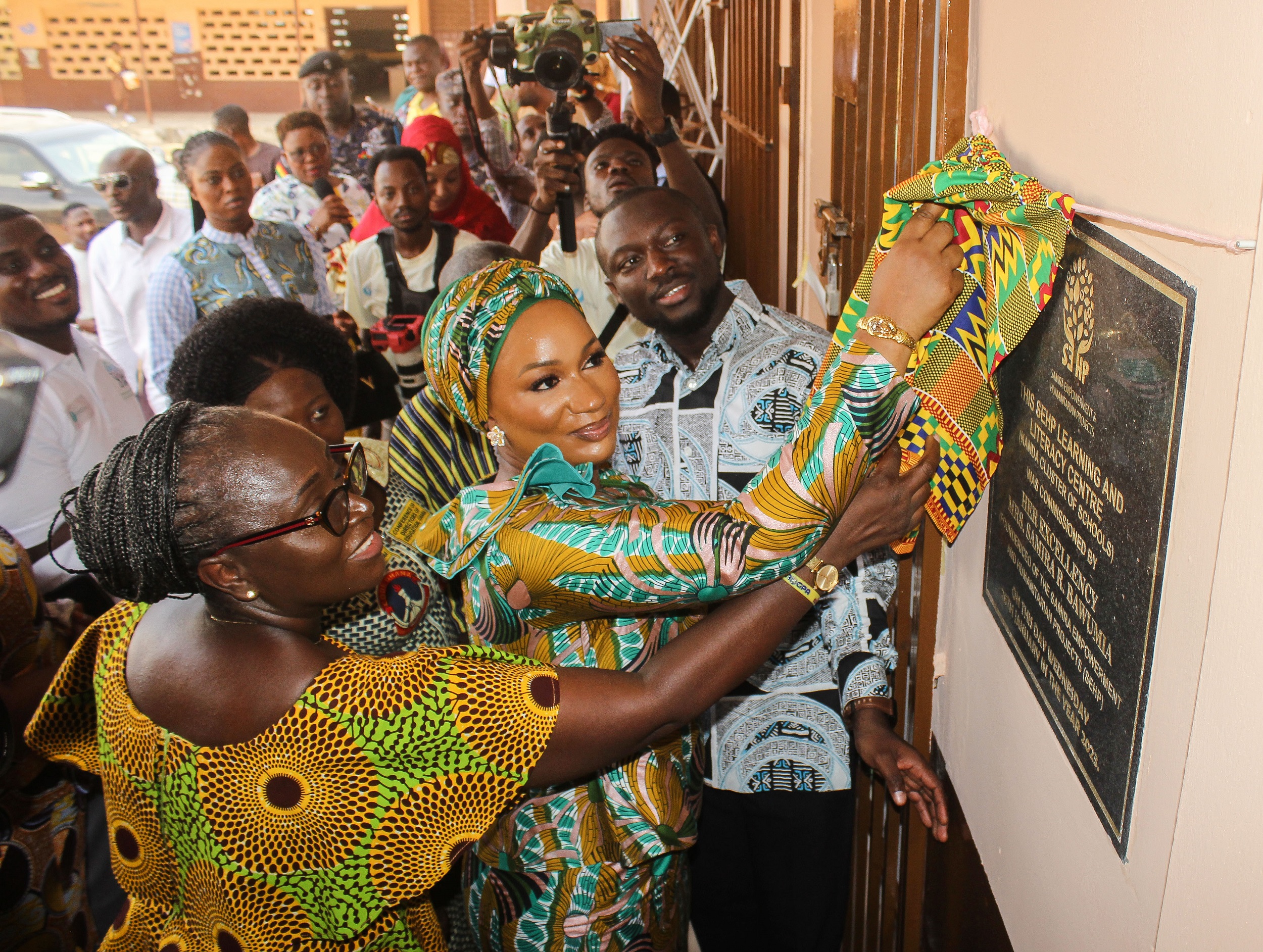 The Samira Empowerment and Humanitarian Projects (SEHP) has inaugurated a library for the Kanda Cluster of Schools in Accra.

The library, dubbed: “SEHP Learning and Literacy Centre”, will be a hub of activity and learning for the pupils. It will also guide and support their pursuit of academic and personal goals.

The centre has a seating capacity of 60 and an ICT laboratory with five computers.

The Founder of the SEHP and wife of the Vice-President, Mrs Samira Bawumia, said the centre represented the foundation’s commitment to education, knowledge and future of the children.

“This centre is a testament to the importance of education and power of knowledge. It is a symbol of our commitment to providing students with the resources they need to succeed,” she stated.

She explained that libraries played vital roles in the educational journey of learners as they provided access to information, resources and technology that helped to grow the learners.

She said the foundation aimed to improve literacy, critical thinking and promote a culture of reading among learners in the country.

Mrs Bawumia said through the foundation’s “Library-in-a-box” initiative which provided books to schools with under-stocked libraries or no libraries, the foundation had donated over 200,000 books to 64 basic schools across the country.

The learning and literacy centre, she said, would aid the learners to acquire valuable ICT skills, research the Internet and become better readers.

“It is a gateway to the world of knowledge and learning; a place where students can come to discover new ideas, perspectives and ways of thinking,” she added.

The Deputy Minister of Education, Gifty Twum Ampofo, said with the emergence of free education and other government interventions, learners should not blame anyone for not succeeding in the classroom.

She said the library should bolster the learners’s knowledge base to be critical thinkers.

She said the ministry would ensure that the school and learners utilised the library efficiently and maintained it.

The Chief Executive Officer of the Ghana Library Authority, Hayford Siaw, said one of the issues Ghana faced was that no conscious efforts were made to invest into school libraries.

He said if resources were provided to schoolchildren, they would develop the habit of reading, noting that within the past six years, there had been an increase of libraries from 61 to 115.

The Director of Education for Ayawaso East Municipal Assembly, Adisa Tassa, said the initiative would encourage learners to patronise the SEHP learning and library centre instead of going to gaming centres.

She said the library was going to serve as an enrolment drive for the schools in the Kanda enclave and “reduce issues of truancy and absenteeism to the barest minimum”.

“This will go a long way to improve learning outcomes in the schools. A reading child is a winning child, and since we now have an unlimited number of books accessible to the children, the performance of learners is going to be enhanced,” she stated.