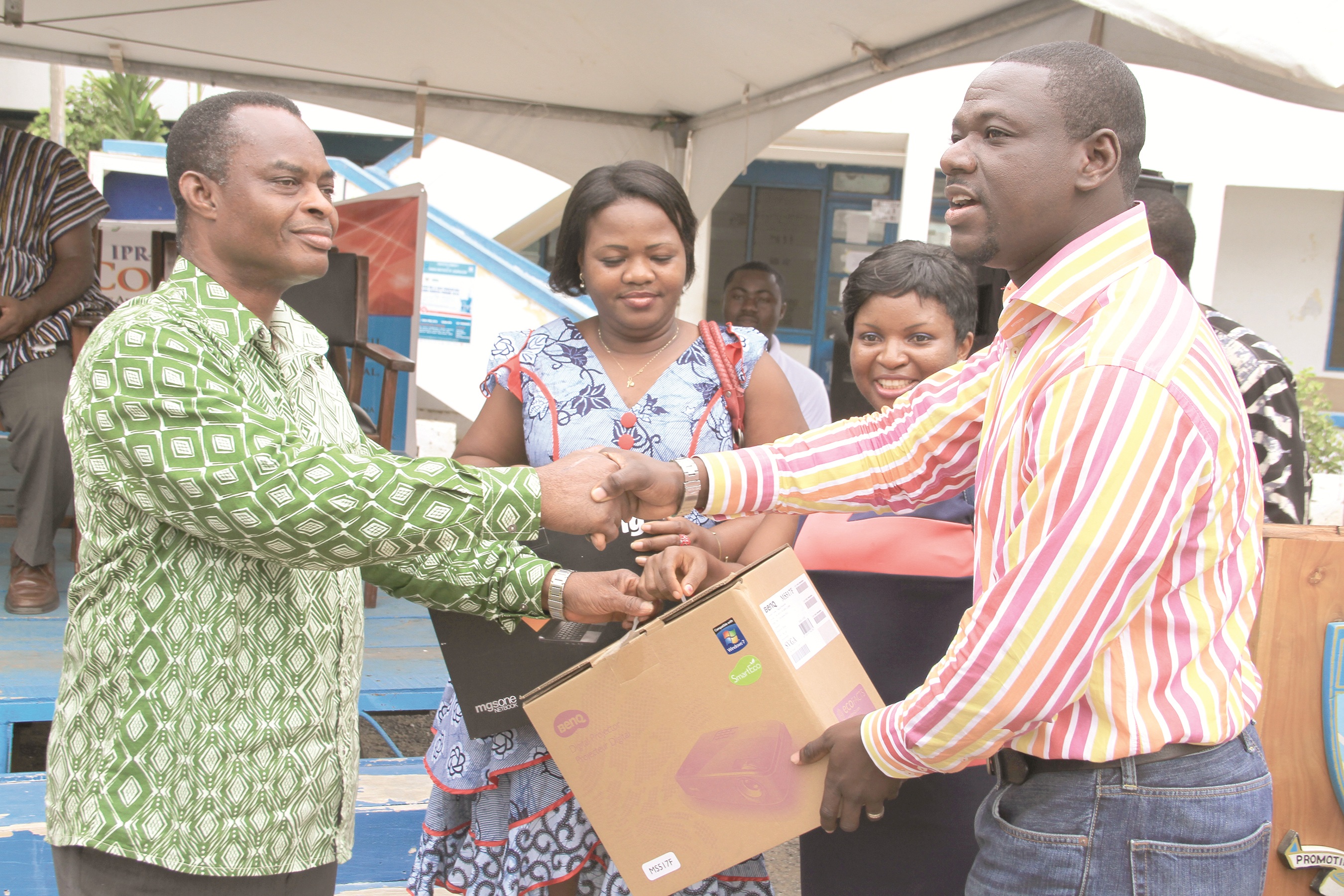 The 2000-year group of the Ghana Institute of Journalism (GIJ) has donated a laptop and a projector valued at GHC 3,000 to the school.

The donation forms part of plans by the group to provide support to their alma mater in various ways to ensure effective training of future communicators for the country and to appreciate the impact made by GIJ in training them.

An International Broadcaster at the British Broadcasting Corporation (BBC), Mr Akwasi Sarpong, who served as the Vice President of the Student Representative Council (SRC) in year 2000, led members to do the presentation.

He assured the Rector, Mr David Newton, the Vice Rector, Dr Wilberforce Dzisah and the entire student body of the school that the 2000 year group was a force that they could rely on to provide the needed support for the school.

The group, he said, had instituted a mentoring programme dubbed: "Giving Back Lecture Series".


Under this programme, some prominent and notable members of the group including Anas Aremeyaw Anas, an ace investigative reporter and himself, had made presentations to the student body on different occasions.

According to Mr Sarpong, other members of the group were billed to mentor the students at different dates, saying that this was a way to help instil confidence in the young students.

He further assured the institute that the group was committed to doing more in the future.

The Rector, Mr Newton, who could not hide his appreciation to members of the group, said the presentation was a welcome surprise to the management  of the school.

He said although the school had churned out a lot of good and quality communicators, none of them had come back to show such appreciation.

He commended the 2000 year group for their support, saying "if all alumni were to present at least a book to the library, it would go a long way to help in the teaching and learning of the students".

Mr Ken Awuku, a member of the 2000 year group, who initiated the donation, called on other year groups to come together  and help the school.