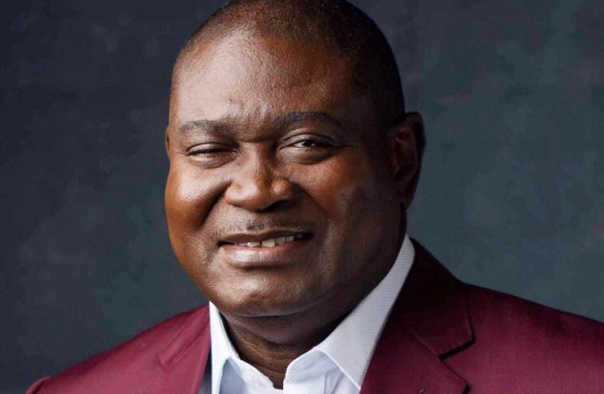 There could not have been a better present for respected preacher Rev. Dr. Ebenezer Markwei, on his 60th birthday, than the launch of his sixth book titled Chasing Paper Moons: What Happens When We Reach For The Unreachables.

The launch came off at the Marriott Hotel, Accra on Thursday, December 2 and it was a beautiful occasion.

In his speech at the event, Rev. Markwei, who is the Founder and General Overseer Living Streams International said, "I wrote this book some decades ago, and it is interesting to note how even more relevant the content is today."

He disclosed that he was looking forward to releasing one of his books Power Trip in 2022. This is among his 700 manuscripts queued and awaiting publication.

Apostle General Sam Korankye Ankrah urged everyone to get a copy of Chasing Paper Moons because it was rich in revelatory truths.

The event was witnessed by a number of dignitaries including Apostle General Sam Korankye Ankrah; Hon. Samuel Okudzeto Ablakwa, Member of Parliament for North Tongu Constituency; Michael Oquaye Jr, Chief Executive Officer of the Ghana Free Zones Authority among others.

Taking turns to address the audience, each of them lauded Rev. Dr. Markwei for his sterling leadership both as former global President of PRESEC Old Students and as a man of God. Through his leadership, many enviable and inspiring achievements have been made.