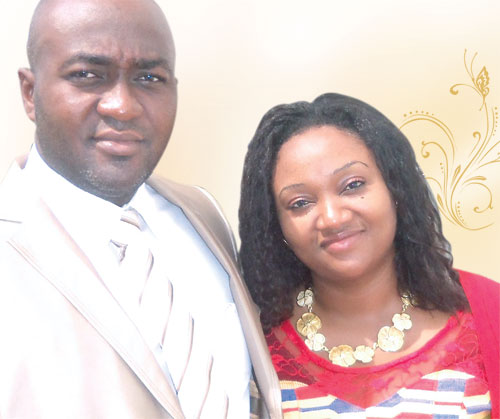 Whenever the issue of drugs and alcohol abuse is discussed in Ghana, many people tend to have images of dirty junkies (addicts), wayward students, prostitutes and errant people in general.

However, the mix of personalities at the Chosen Rehab Centre at Achimota-Abofu in Accra, point to the reality that drug and alcohol abuse can hit anybody. And that includes preachers of the Word of God, (pastors), celebrity musicians, top ranking police officers, pilots etc.

A co-founder of the facility, Mrs Abena Washington told The Mirror on Wednesday, that she was happy to note that the “big people” who come to the facility for help are not shy to tell their stories openly for others to learn and stay away from drugs and alcohol.

For instance, an alcoholic pastor who had earlier visited the centre had said that he started drinking heavily after he had embezzled church funds and was struggling to cope with the guilt.


He ended up getting hooked to alcohol but after going through the treatment programme he was able to pick up his Bible and begin evangelism once again.

There was also a police officer, who decided to taste some cocaine that had been seized from dealers and he ended up as an addict.

Mrs Washington said the parents of many of the young people who were brought to the centre had dumped the children on friends and relatives and had travelled abroad to seek greener pastures.

“Those who were in the country also did not pay much attention to their wards and that and other factors pushed them into drugs and other vices”.

She therefore charged parents and society in general to offer the best of care to children since drug habits and other negative behaviours were cultivated during the formative years of individuals.

The Chosen Rehab Centre, which runs purely on donations is a faith-based humanitarian Non-governmental Organisation established with the primary aim of transforming the lives of substance abusers and street victims through the power of Jesus Christ after which they are reintegrated back into society.

According to Mrs Washington, the centre was established about three-and-a-half years ago with the passionate drive to affect lives, by addressing the “pathetic situation of societal breakdown caused by the menace of social vices”.

The Centre currently caters for over 150 people known as disciples or housemates (men, women and children) with donations from individuals and charitable organisations.

The officers embark on outreach programmes which take them to the slums/ghettoes, hospitals and cells in Accra, Tema, and Nsawam where they offer free medical screening, food, water, medicine, bibles, clothes and also minister to them.

They also offer free transportation to the public during rush hours, hold ‘SAY No to Drugs and Alcohol’ campaigns in schools, and cater for HIV/AIDS patients who are addicted to drugs and alcohol.

Awareness campaigns are held in schools, organisations, churches etc. Addicts who wish to join the programme are directed to the Rehab Centre at Achimota-Abofu.

The centre has men and women /children’s facilities. The women and children facility focuses on abused women, the aged, street children, babies and their addicted mothers, children addicted to drugs – the youngest addict in this target group is approximately seven years old.

There are also abused HIV/AIDS women and children, child soldiers and orphans in the refugee camps, while the men’s facility is open to rehabilitate male drug and alcohol addicts.

Mrs Washington grew up in Addis Ababa, Ethiopia and moved to Ghana and went to the Ghana International School where she completed her O'Levels and then did her A' Levels at Wesley Girls High School.

She later moved to the USA where she completed University. After the Lord directed her to move back to Ghana, she met Apostle Washington and they started evangelising in the ghettos/slums.

Her husband, Apostle Cobi Washington, is the founder of the centre. The couple established the facility when they discovered a drugs den springing up right behind their house at Achimota-Abofu.

Born in Accra, Apostle Washington was single handedly raised by his mother. He said he had his first encounter with the Lord when he was 12 years old.

“I was immediately driven to the streets and entered a church, where the pastor immediately called me to the altar and told me that, “The Lord is going to use me globally”.
Apostle Washington has indeed travelled to several countries including Sweden, the United Kingdom and USA, doing the work of God and serving the socially challenged.

The centre, which also serves as home to the couple, started in 2009 with five disciples/housemates. Presently, it has 100 men, 20 women, 30 children/babies and four aged persons.

Since 2009 over 500 people have entered visited the centre and have been introduced to Christ.

Mr and Mrs Washington thanked all those who had supported them over the years, especially the Action Chapel and the Pentecost Church.

By William Asiedu / The Mirror