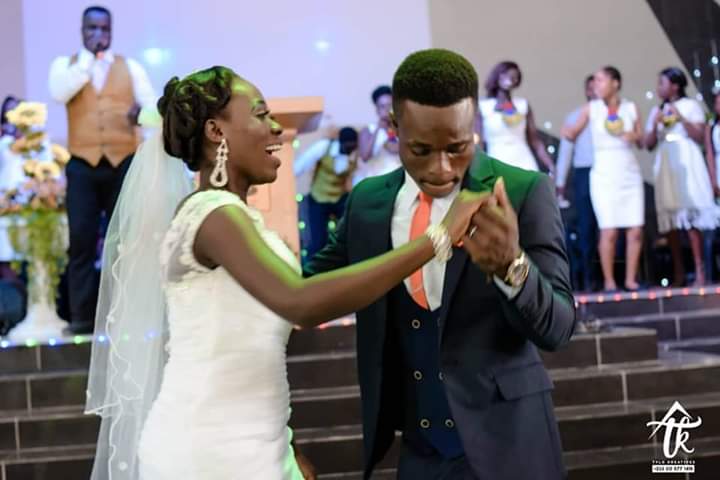 Beatrice and Augustine Adams dancing during the ceremony

Last Sunday at the Lion of Judah Cathedral of the Lighthouse Chapel International in Cape Coast, a young couple, Augustine Adams and Beatrice  'wowed' the audience at their wedding ceremony when they decided to receive their wedding rings at the altar via a "drone delivery service".

The government of Ghana following the footsteps of Rwanda has decided to use drones to deliver essential health supplies such as drugs and blood to remote areas but even before that materialises, the young couple in Cape Coast decided to add a touch of romance to test how the drone service will work.

The congregants obviously ‘wowed’ by the move cheered and clapped along as the drone was piloted to the front.

The video of the ceremony has since gone viral and shared by many on social media.

Responding to the public reaction, the young couple, Mr and Mrs Adams told Graphic Online in Cape Coast that they were overwhelmed by how the video has gone viral.

Mr and Mrs Adams told Graphic Online's Cape Coast reporter, Shirley Asiedu Addo that they have received phone calls from all over Ghana and from the United States about the video.

Mr Adams said he was grateful to God for the idea.

He said he was motivated by a sermon preached by Bishop Dag Heward Mills which was reemphasized by Bishop Wisdom Eli Tsyi of the Lion of Judah Cathedral in Cape Coast and so he and his bride to arrange a drone to bring their wedding rings.

"Our pastor, Pastor Samson Appiah helped us to arrange for the drone. It was just to spice our wedding and we didn't expect this response. We are amazed. All glory to God."

The wedding was held at the Lion of Judah Cathedral of the Lighthouse Chapel International in Cape Coast.

A packed auditorium was surprised to see a drone with the hanging on it flying towards the altar.

The excitement increased as the congregation applauded and admired the innovation.

Since then the video has gone viral with many shares, especially on Facebook.

Pastor Appiah said the idea caught from a sermon from Bishop Heward Mills was to add colour, spice and excitement to the wedding.

"We thank God for everything and for the pastors he has given us," the couple said. 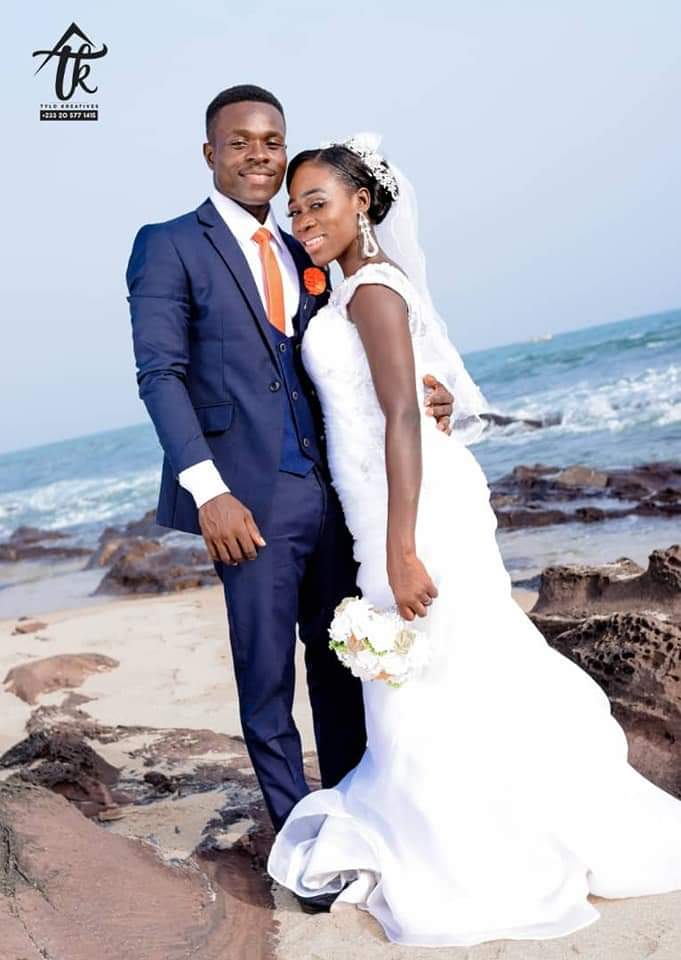 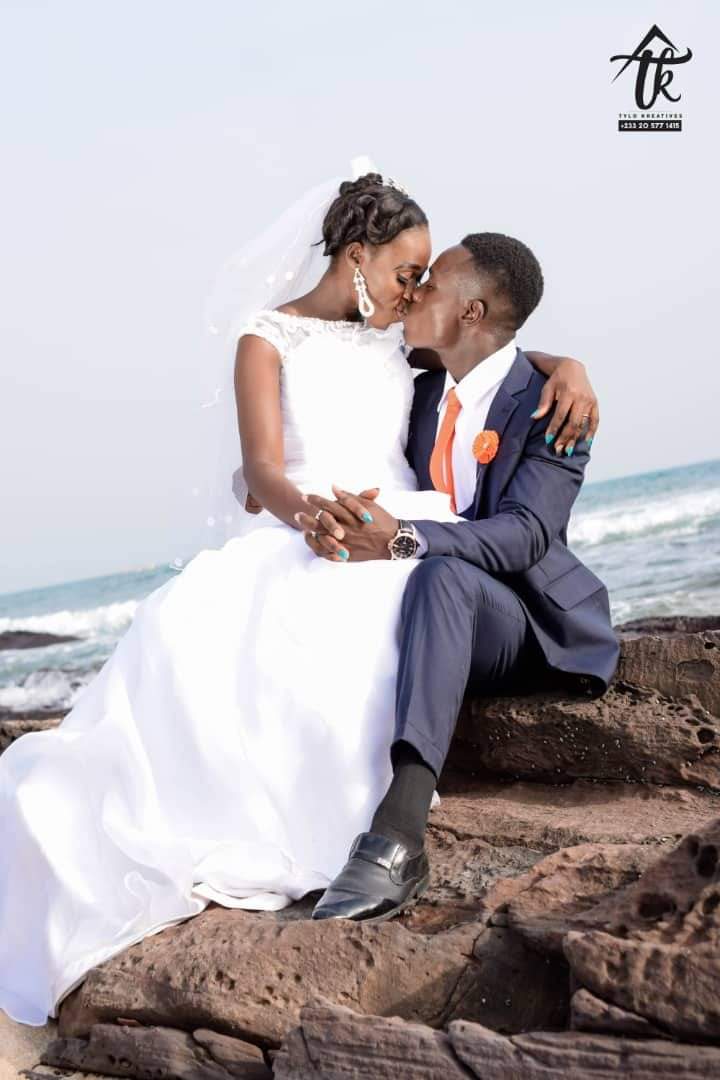