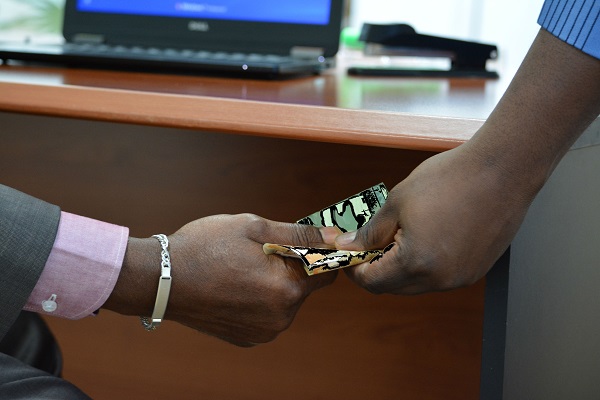 You sometimes visit some institutions right here in Ghana and you are amazed at the level of development that has been able to be achieved. You can’t help but ask yourself, “Is this also in this same Ghana!?”

That is the power of great leadership. It metamorphoses the ordinary into extraordinary. Great leadership will change a lot in Africa.

The Ghanaian can manage his own affairs. It is possible to make this nation a place of greener pastures that others will die to come to. It all begins with the crop of leadership we will raise to make this fairy tale a reality.

Growing up, every young Ghanaian is somewhat made to glorify corruption. The first shock they encounter is their Basic Education Certificate Exam (BECE). It leaks. Some will see the questions for the first time in the exam hall when others had already seen the answers in their homes.

Though they worked hard, some of the former will fail. The first impression it sends to this young victim is that “it doesn’t pay to be honest in this country”.

All through the milestones of a Ghanaian, they encounter several reasons why they should not be honest if given the chance. Somewhat, they soon convert from “let’s build Ghana” to “let’s steal from Ghana if we have the chance to”.

You see, the ugly future of Ghana and Africa as a whole is not because of its current corrupt leadership. It is because of the more corrupt followers waiting to take over. The vicious cycle of corruption is because of an environment that has raised people who have become apostles of corruption without even knowing.

Great leadership begins with a great mindset. The state of corruption today should not only be blamed on the politician. Citizens must equally take the blame. How we think as a people has somewhat pushed those who want to lead us to play a game of lies with us. If we can purge our toxic mindsets, a lot of things will fall in place.

“If you are in a high position, recruit your family members!”

I have seen people get chastised by others for not “helping” anyone when they were in power. It has almost become a Ghanaian thing to appoint your family members to fill certain positions when you are in power.

Today, we have seen the consequences of recruiting family and friends into the Ghana Police Service and other service agencies. Ill-qualified people and people with their own evil agenda have been able to legalise their wrongs with their uniforms. It has almost become a norm that every government brings in its family and friends during its tenure.

It is an irony how we cry foul when we see other politicians rope in their families yet when our family members become politicians and they refuse to recruit us, we call them demons. Courtesy people in power recruiting their family members into the police service, for instance, the lives of citizens keep being endangered by the same people who are being paid to protect them, after all, we have recruited square pegs to fill round holes.

“A politician should pay me before I vote for them!”

When people spend so much on voters before election, you should be concerned where all that money is coming from. A politician is not Santa Claus. If you take a politician’s money to vote for them, don’t think you have outsmarted them. They will take back everything they gave in a thousand fold when they finally get into power.

When people buy your votes, they have bought your future. They may have given you a pittance but in return, they will steal that opportunity that could have given you and your children good roads or a better education. No amount of money any politician will give you is enough for you to vote for them.

“I am entitled to a politician’s money!”

It is sad how many citizens expect politicians to have so much spare cash to share with them. To many, a good politician is one who is generous. They run to them for money for hospital. Every day, they are on their necks to remit them to pay for one expense or another. They invite such people to grace their occasions and expect them to dole out thousands of cedis when leaving.

Of a truth, our expectations have somewhat molded corrupt leaders. Instead of helping them to set up systems that will make everybody comfortable, we have succeeded in making our personal needs their responsibility. In a bid to meet these needs, they run to the coffers ― the same money that is supposed to solve our collective needs.

“Don’t leave power poor!”
You will be laughed at if you serve in a high ranking position in government and leave the same as you were before you had that position. Society will mock you for being foolish enough to not have served yourself while serving the government. We are a society that mocks honesty yet wails at the consequences of dishonesty.

We must raise our generation to appreciate the essence of contentment. We must make them understand that public service is not a synonym of public stealing. The day we will come to the understanding that people don’t need all the pomp and circumstances to be leaders is the day we will be on our way to that better Ghana dream we have been fantasizing about.

Admittedly, you can leave power poor. Politics is not a place to enrich yourself and your family. It is a place to serve. Get that before you get in!

“Vote for your party, not people who have good intentions!”

Partisan politics is the cause of many of our woes as a people. Aside the fact that it leaves our front divided, it forces good people out of the politics ring because they can’t fight for long. For example, currently, our nation is a two-party state. This means if a third force which has learnt to right all the wrongs of these two parties emerges, they can’t stay around for long. Soon, they may have to join the bandwagon.

The writer is a playwright and Chief Scribe of Scribe Communications, an Accra-based writing company (www.scribecommltd.com).