Are there sanctions for child labour? 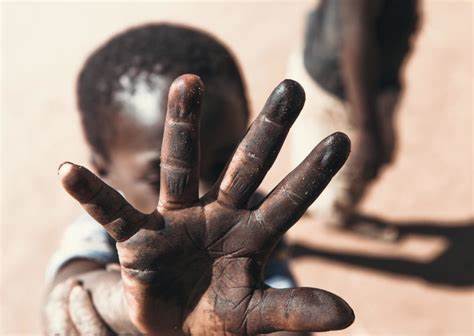 Dear Mirror Lawyer, What is child labour and what sanctions exist for engaging children in that kind of labour?

Dear Desmond, It is not every work undertaken by children which should be classified as child labour.

Children's involvement in work that does not affect their health and personal development or interfere with their schooling is generally regarded as good. These include activities such as helping their parents around the home, assisting in a family business or earning pocket money outside school hours and during school holidays. These kinds of activities contribute to children's development and to the welfare of their families. They provide children with skills and experience, and help to prepare them to be productive members of society during their adult life.

The term "child labour" refers to the employment of children in any work that deprives children of their childhood, interferes with their ability to attend regular school, and that is mentally, physically, socially or morally dangerous and harmful to their development. This practice is considered exploitative by many Child Human Rights advocates. Underage children work at all sorts of jobs around the world

usually because they and their families are extremely poor.

In its most extreme forms, child labour involves children being enslaved, separated from their families, exposed to serious hazards and illnesses and/or left to fend for themselves on the streets of large cities, often at a very early age.

In Ghana, sections 87 to 94 of the Children's Act prohibit exploitative child labour. The law says no person shall engage a child in exploitative labour. Exploitative labour is defined as labour which deprives the child of its health, education or development.

The law further prohibits the engagement of a child in night work i.e. work between the hours of 8 p.m. and 6 p.m.

Light work is defined as work which is not likely to be harmful to the health or development of the child and does not affect the child's attendance at school or the capacity of the child to benefit from school work.

On the minimum age for the engagement of a person in hazardous work, the law specifies 18 years and explains hazardous work as work which poses a danger to the health, safety or morals of a person and include
(a) Going to sea;
(b) Mining and quarrying;
(c) Porterage of heavy loads;
(d) Manufacturing industries where chemicals are produced or used;
(e) Work in places where machines are used; and
(f) Work in places such as bars, hotels and places of entertainment where a person may be exposed to immoral behaviour.

The law finally provides a penalty for contravention of the Children's Act. It says any person who contravenes the provisions of the law relating to employment of children commits an offence and is liable on summary conviction to a fine or to imprisonment for a term not exceeding two years or to both.

The work therefore by children who only assist their parents on the farm during holidays and weekends is not classified as child labour. It is where children are prevented by their parents from going to school to work under dangerous and hazardous conditions threatening the health of the children that will go against the law.

Ghana’s law therefore has elaborate provisions for protecting children from enslavement, exploitation and hazardous work. Whether Child Welfare officers are able to monitor and bring to book those who infringe the provisions of the law is another matter.

As has been the case with other laws, enforcement has always been the bane of the Ghanaian monitoring, investigative and prosecutorial departments.