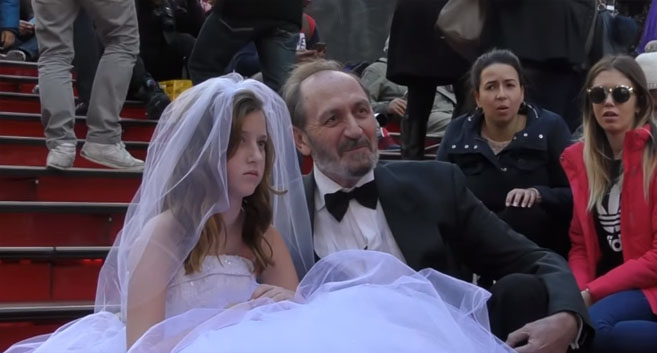 Dear Editor, Early child marriage is one between two people who are less than 18 years.

When a child who is less than 18 years old gets married, it is not a good practice even if  his or her parents agree to it.

At that stage, the  child may  not have completed Senior High School (SHS) or may be in Junior High School (JHS). Children below 18 years have the right to education and so must be in school, not in matrimonial homes.

When a child gets married at that age, he or she cannot make any mature decision. The child may not be able to take care of the home. This may lead to quarrels between the couple.

The young married girl can be exploited by her husband because he may see her as a child and mistreat her. The girl can be a slave in the house or to  the husband.

Early child marriage is also a threat to the health of the young girl. Remember that she will not be mature enough to have a child when she gets pregnant. This child may die. Children born out of early child marriages sometimes become street children and a burden to society due to improper parental care.

There are several causes of early child marriages. While some parents force their children into early marriages because of poverty, others do so because of ignorance.

Some children find themselves in early marriages due to the death of their parents or single parenting. In some cases, men deceive  young girls into early marriages.

There should be a lot of education in both private and public schools regarding this subject. Education should also be carried out  on the various social media platforms to help fight early child marriages.

There should be support for young girls to encourage them to go to school.

A special home should be provided  in all districts as a safe haven for all girls who are forcefully married so they don’t go back to their homes where they will be forced by their parents or guardians to get married again.

The government should take care of such girls through school. This way, early child marriages will be reduced.

Dear Editor, I wish to point out certain habits people practise which are so disgusting.

They include burping or belching in public, farting, shuffling of feet, eavesdroping and attempting to interrupt others’ conversation.

Some may not see anything wrong with these habits but the fact is that they are awful, especially when done in public, and that is why those who indulge in them should stop.

There are certain habits we put up in public which are unpleasant to others. They are spitting on the road, nose picking, scratching body parts or dropping empty sachets on the floor.

immediate stop to them. Why can’t we keep Ghana clean by just dropping empty sachets into dustbins or designated waste disposable sites?

Let’s all remember that we have a responsibility to keep the country clean.
Other bad habits we practise include eating while walking and walking while talking on the mobile phone.

When we engage in such, our reflexes are not sharp to react quickly to impending danger.

It is also important that when we go out to watch a play or are at any assembly that is boring, we should sit through quietly as though we are enjoying it.

This is because the performers and presenters of such programmes are doing their best and we cannot afford to kill their spirits with our boredom.