UK: Made in Ghana UK Festival to be launched on October 15 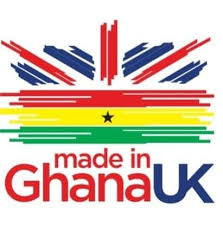 Organizers of the Made in Ghana UK (MIGHUK) Festival, Made In Ghana-UK Limited have slated Friday, October 15, 2021, for the launch of the festival in the United Kingdom (UK).

The event which comes off after a successful launch of the 2022 Made in Ghana UK (MIGHUK) Festival in Accra, will be held at the Kensington Town Hall in London, UK.

The festival will be launched by Ghana's High Commissioner to the United Kingdom, His Excellency Papa Owusu-Ankomah and it is expected to be the official celebration of Ghana at 65 in the UK. It will also feature performances by musician and Made in Ghana Ambassador, Okyeame Kwame, Samini, CediBoi and the PatchBay Band.

Dubbed 'The Big Announcement', the launch would unveil a detailed programme for the two-day festival that would focus on helping Ghanaian small and medium scale businesses in Ghana and the UK unleash their post-pandemic business strategies which would be driven by the best of Ghanaian entertainment.

The festival, scheduled for March 2022 in London, is expected to bring together over 5,000 visitors and buyers to patronize Ghanaian products and services while enjoying rich Ghanaian culture and entertainment over the period.

Event Coordinator at the MIGHUK Secretariat in Accra, Mercy Gyakari said the launch is expected to host a number of Ghana-UK leaders in business, politics, culture, tourism, entertainment, sports and media, as well as representatives from the UK Department of International Trade, Office of the Mayor of City of London, UK-Ghana Chamber of Commerce (UKGCC), Invest In Africa and many more.

She indicated that the ceremony which would announce a number of exhibitors, partners, and the first 10 headline artistes for the festival, also aims at marketing brilliant Ghanaian talent in music, movies, comedy, fashion and media.