Thousands rally across US for stricter gun laws 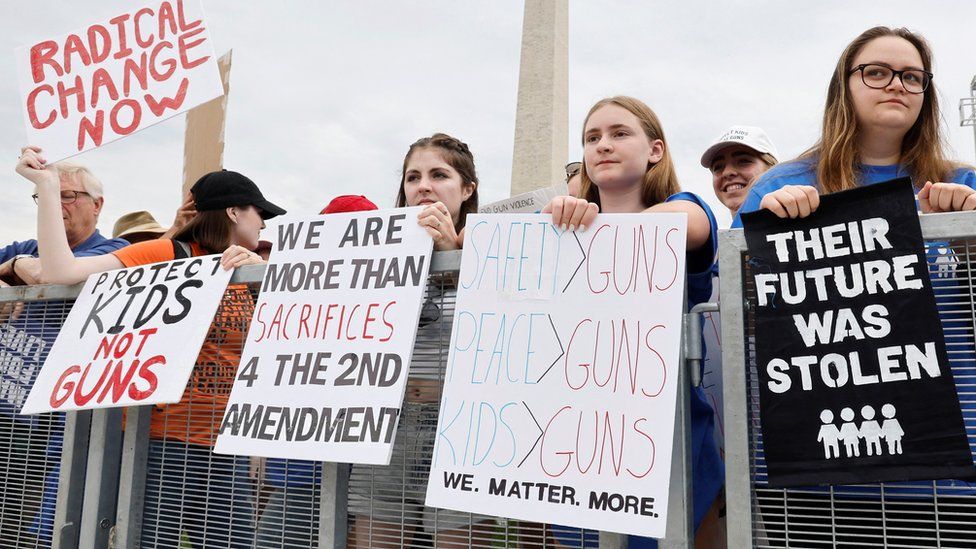 Tens of thousands of protesters have rallied across the US to call for stricter gun laws in the wake of two mass shootings.

Those taking part at the hundreds of marches carried slogans like "I want freedom from getting shot".

Despite this the chances of legal change are likely to be quashed by Republicans.

Nineteen children and two adults were killed in the 24 May shooting at Robb Elementary in Uvalde, Texas.

That attack, and another days earlier in Buffalo, New York, in which 10 people were killed, has led to renewed calls for action on gun control in the US. 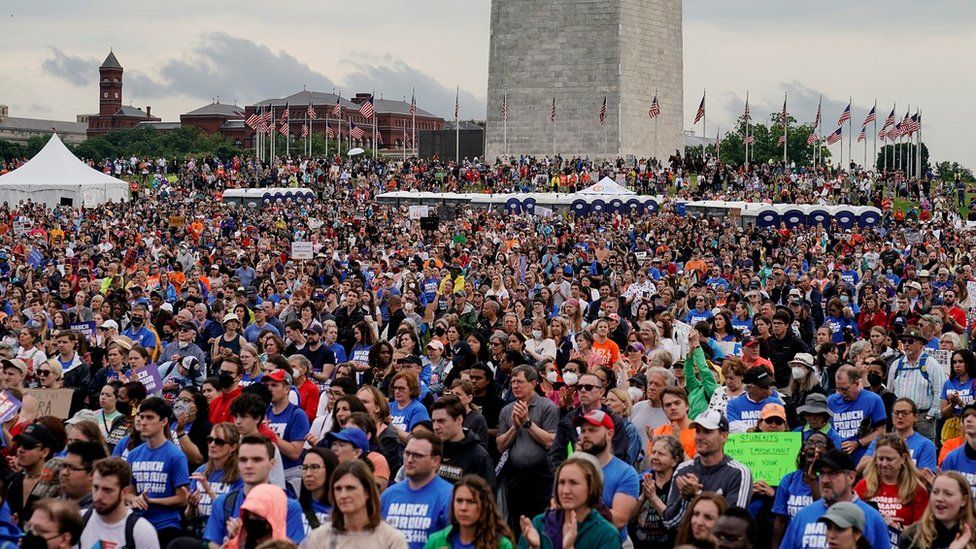 "We will no longer allow you to sit back while people continue to die," Trevon Bosley, a MFOL board member, said in a statement.

Garnell Whitfield, whose 86-year-old mother was killed in the racially-motivated shooting in Buffalo, New York on 14 May, told crowds in Washington: "We are here to demand justice.

"We are here to stand with those who are bold enough to demand sensible gun legislation."

Among other policies, MFOL has called for an assault weapons ban, universal background checks for those trying to purchase guns and a national licensing system, which would register gun owners.

The first MFOL protest was held days after the Marjory Stoneman Douglas high school shooting in Parkland, Florida, in 2018, in which 14 students and three adults were killed. Organisers say it was the largest gun safety rally in one day in US history, and thousands of students across the country left their classrooms to join the demonstrations.

"Today, young people around the country once again march with @AMarch4OurLives to call on Congress to pass common sense gun safety legislation, supported by the majority of Americans and gun owners," he tweeted.

"I join them by repeating my call to Congress: do something."

In recent weeks, a bipartisan group of Senate negotiators have vowed to hammer out a gun control deal, though they have yet to reach an agreement.

Their effort is focused on relatively modest changes, such as incentivising states to pass "red flag" laws that allow authorities to keep guns from individuals deemed a danger to others.

This week the US House of Representatives voted through a series of measures regulating the sale of guns.

But Republican opposition in the Senate means the bill has little chance of entering law.