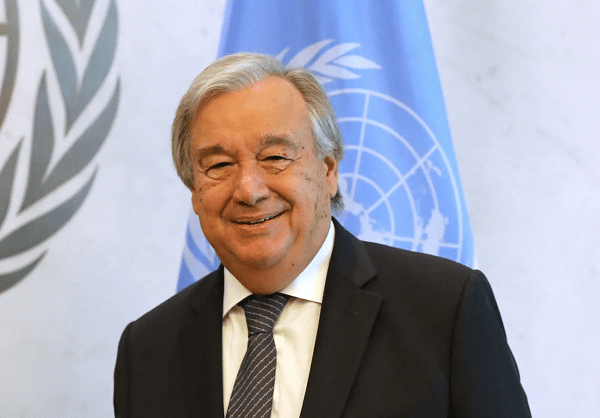 The 77th United Nations General Assembly (UNGA) meeting returned to an in-person gathering in New York for the first time in three years since the outbreak of the COVID-19 pandemic.

It was entirely virtual in 2020 and hybrid in 2021 and 190 of the 193 UN member nations delivered addresses including 126 world leaders, a significant number but fewer than the nearly 150 on the last speakers list issued earlier this month.

The six-day meeting opens on Tuesday, September 13, 2022 at the UN Headquarters in New York on the theme: “A watershed moment: transformative solutions to interlocking challenges.”

The theme stems from the recognition that the world is at a critical moment in the history of the United Nations due to complex and interconnected crises, including the COVID-19 pandemic, the war in Ukraine, humanitarian challenges of unprecedented nature, a tipping point in climate change as well as growing concerns about threats to the global economy.

It is therefore necessary to find and focus on joint solutions to these crises and build a more sustainable and resilient world for all and for the generations to come.


Heads of states and governments from the 193 Member States exchanged statements in-person in the General Assembly Hall and the war in Ukraine and its global fallout transfixed the meeting of world leaders. When it wasn’t out front, it lurked in the background of virtually every speech.

There were near-unanimous calls for an end to the seven-month war, with rich and poor countries decrying the fallout from the conflict to widespread shortages and rising prices of not only for food but for energy, inflation hitting the cost of living everywhere, and growing global inequality.

The speeches and side meetings produced no breakthroughs toward peace, but they did put the top diplomats from Russia and Ukraine in the same room for the first time in many months, however briefly.

The assembly made one exception to the in-person requirement. Over objections from Russia and a few allies, members voted overwhelmingly to allow Ukrainian President Volodymyr Zelenskyy to deliver a pre-recorded speech because of the “ongoing foreign invasion.”

High-level events included the annual Sustainable Development Goals (SDG) Moment, the Transforming Education Summit, the commemoration of the 30th anniversary of the adoption of the
Declaration on the Rights of Persons Belonging to National or Ethnic, Religious and Linguistic Minorities, a high-level plenary to commemorate and promote the International Day for the
Total Elimination of Nuclear Weapons, and several Member State and partner side events, including WHO sponsored events.

WHO Director-General, Dr Tedros Adhanom Ghebreyesus, as well as other WHO officials, took part in person and virtually in several of the events to advocate the importance of ensuring strong pandemic preparedness and response, as well as equitable access to vaccines and other COVID-19 tools in order to end the pandemic and to put the world back on the path towards achieving universal health coverage (UHC) and the Sustainable Development Goals (SDGs).

In his strongest, gloomiest speech since taking the helm of the United Nations in 2017, UN Secretary-General, Antonio Guterres opened the six-day gathering telling leaders that the survival of humanity and the planet is at stake, and nations aren’t tackling the challenges to reverse course. “We are gridlocked in colossal global dysfunction,” he said. “Our world is in peril and paralysed.”

UN Food Chief, David Beasley, sounded an alarm that the war, on top of the ongoing COVID-19 pandemic, has left 50 million people in 45 countries “knocking on famine’s door.” He warned of starvation, destabilisation of nations, riots and mass migration if help doesn’t arrive quickly.

General Assembly President Csaba Kőrösi said he heard, from leaders, a resounding message: that the war in Ukraine, whose effect is being felt around the world, must end. “Yet be it the largest and the most acute, the war in Ukraine is one of nearly 30 armed conflicts worldwide,” Kőrösi said. “And none of them is improving.”

French President Emmanuel Macron accused countries remaining silent on the war of “serving the cause of a new imperialism, a contemporary cynicism that is destroying the world order,” and said it was time for all countries to “act to force Russia to give up the choice of war so that it realises the cost on itself and us and ends its aggression.”

US President Joe Biden called on democracies and autocracies alike to speak out against Russia’s “brutal, needless war” and bolster Ukraine’s effort to defend itself. “We will stand in solidarity against Russia’s aggression, period,” he said, accusing Russia of “shamelessly” violating the core tenets of the UN Charter.

Beyond Ukraine, other topics percolated from climate change to inequity to security. Senegalese President Macky Sall, Chairman of the 55-nation African Union, urged greater global and UN focus on terrorism, which “is not just an African matter.”

President of Ghana, Nana Akufo-Addo, said, “It is not just the dismay that we feel at seeing such deliberate devastation of cities and towns in Europe in the year 2022, we are feeling this war directly in our lives in Africa. Every bullet, every bomb, every shell that hits a target in Ukraine, hits our pockets and our economies in Africa.