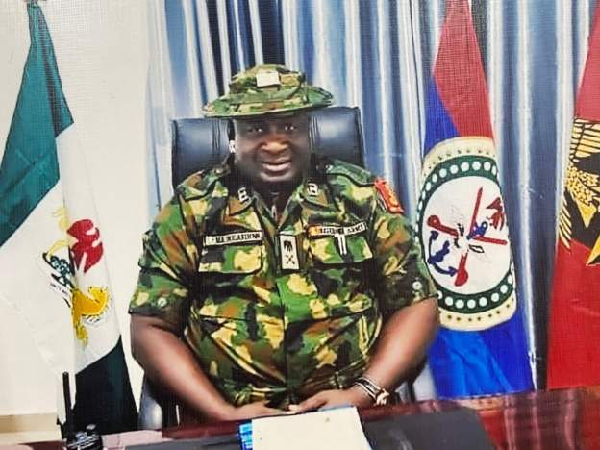 A fake army general has been arrested after allegedly forging the signature of the Nigerian President Muhammadu Buhari to commit fraud.

Nigeria’s Economic and Financial Crimes Commission (EFCC) said Bolarinwa Oluwasegun, who was posing as an army general, defrauded Kodef Clearing Resources of over $650,000 (£475,000).

EFCC said the suspect claimed that he had been shortlisted for an appointment by the president but needed the money to pay some bribe to get the appointment.

Mr Oluwasegun has not said anything about the arrest and the EFCC said he would be prosecuted when they conclude investigations.

He was arrested at his home in Lagos on Wednesday where the EFCC said it found six pump action guns, a swagger stick and several forged documents.

The suspect was said to have forged an appointment letter as Nigeria’s chief of army staff signed by the president which he used to defraud the victim.