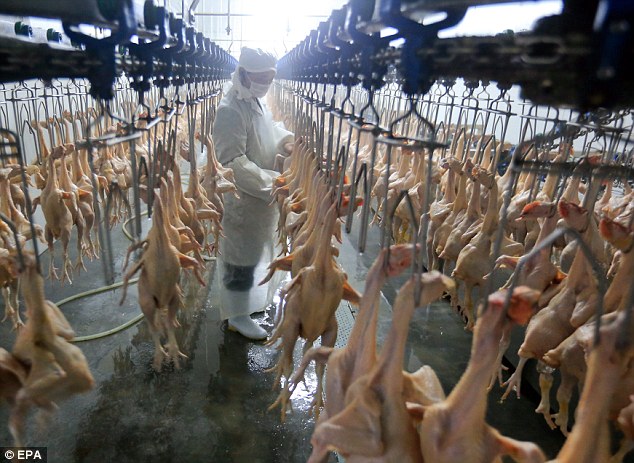 (Reuters) - A fire at a poultry slaughterhouse in northeastern China killed at least 55 people on Monday with others believed to be trapped, state media said.
The fire broke out just after dawn near Dehui in Jilin province, Xinhua news agency said.

More than 300 workers were in the plant when the fire broke out, with employees reporting hearing a sudden bang and then seeing dark smoke.

"About 100 workers have managed to escape from the plant whose gate was locked when the fire occurred," Xinhua said.

"The complicated interior structure of the prefabricated house in which the fire broke out and the narrow exits have added difficulties to the rescue work," it added.

The exact number of people trapped was unclear, Xinhua said.

China has a poor record on fire safety. Fire exits are often locked or blocked and regulations can be easily skirted by bribing corrupt officials.

A fire at a nightclub in Shenzhen, just across the border from Hong Kong, killed 44 people in 2008. A senior policeman was jailed for taking bribes to allow the unlicensed venue to remain open.

One of modern China's worst fire disasters occurred in late 2000, when fire engulfed building workers at a discotheque in a mall in the central city of Luoyang, killing 309.