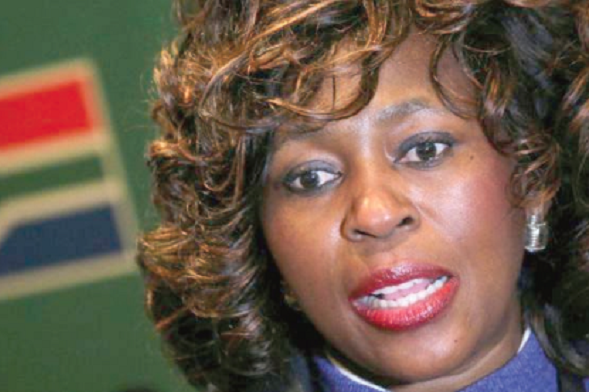 An outspoken member of South Africa's African National Congress (ANC) party has been charged with ill-discipline for speaking out against President Jacob Zuma.

The Member of Parliament (MP), Ms Makhosi Khoza, had repeatedly called on Mr Zuma to resign. Last week, she said he was a disgrace.

She had received death threats warning her to stop pushing for a secret ballot when MPs vote on Mr Zuma next month.

Parliament and the police decided to provide security for her, reports the BBC.

Last week, the ANC said she had crossed the line and must face disciplinary action for speaking out against the president.

The ANC in her home province of KwaZulu-Natal called her comments a "blatant betrayal of the core values" of the party.

Ms Khoza, 47, had also been a critic of corruption within the ANC.

Mr Zuma had faced numerous allegations of corruption, all of which he denies. The National Assembly is expected to vote on a motion of no-confidence in him on August 8.

The decision to charge Ms Makhosi Khoza with "ill-discipline" is the best example of how the ANC is shooting itself in the foot. Following its disastrous performance in last year's local government elections, the party promised to "self-correct".

However, what the South African electorate is witnessing is the ANC inflicting wounds on itself that might not heal in time for the next general election due in 2019.