Telling us who you are 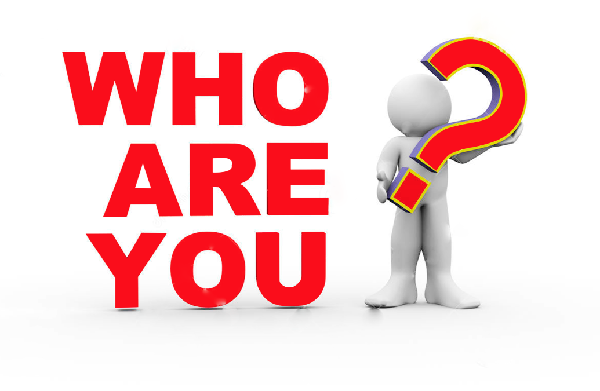 Oh for a return to the simpler times and simpler things of yore.

I yearn for the time before the management people changed the written and spoken language and by extension, our lives around.

Once upon a time CVs, (curriculum vitae) for example, meant something.

They were straightforward documents that gave you some idea about who the person was that offered the document.

I remember when it told you a name, male or female, date of birth, details of education and employment if you have had a job that is.

Then the business school and management people entered the scene and CVs have never been the same simple, straightforward things again.

The changes started quite innocently; people were encouraged to add hobbies to the CVs in the hope it would give a more rounded picture of the person.

Today, all CVs look and sound the same to me.

Recently I have had to deal with a lot of CVs and it seems to me the management people have taken things to a ridiculous state.

Everybody is self-motivated, everybody has excellent interpersonal and communication skills and of course, everybody is a great team player.

It is quite likely that there was once a time when such words counted for something and someone going through CVs would stop to put that particular one aside to take a second look, but if you have 75 CVs and each and every one of them has excellent interpersonal and communication skills, your eyes are bound to start glazing over.

These days CVs don’t start with such old-fashioned details as name, date of birth, education and employment history.

The business school and management people have decreed you must start with something called a personal statement or profile which might go along the lines of: I am a well-mannered, confident, reliable, enthusiastic and reliable individual with proven abilities.

Chances are if you went through the four or seven pages of this bumf, you are not likely to find any evidence offered that would support the claim that this individual has any of these capabilities.

And why, oh why, does everyone seem to have the same hobbies? Without fail, reading would be listed as a hobby.

One would have thought that if you put down reading as one of your hobbies, you are hoping that someone on the interviewing panel would ask you what you read and at the very least, you are hoping to tempt someone to ask you about the last book you read.

Unfortunately, because these are not realistic words coming from the candidate, the last thing they are expecting is to be asked a question about what they read.

I once had a bad experience asking someone what he reads, since reading was his favourite hobby. “Good books” he said.

Tell me about one of them, the last book that you read, I asked.

In the end, he offered the name of a magazine.

Unfortunately for the candidate, the magazine he mentioned is one that I read quite regularly, so I persisted, what had he read in the magazine recently that he enjoyed.

He mentioned an article on an African president.

As it turned out, the last time that president was featured in that magazine was about seven years ago.

This is not a modern phenomenon, I hasten to add.

I was on an interviewing panel some 22 years ago.

Everyone who claimed that reading was their hobby would mention Chinua Achebe’s Things Fall Apart.

I believe it was a standard textbook in many schools and therefore served as a ready title to mention when the question was posed.

Travelling
It isn’t only reading that shows up people, I am afraid.

There are those who claim that travelling is their hobby and would be unable to tell you where they have travelled to in the past three to five years.

If they have been to a funeral in Kadjebi in the Oti Region, there is no point trying to question them about how they got there, what they saw and what the town looks like.

I can tell you with my eyes closed the list of things that people put down as their hobbies and a little probing would show that these things have been put there because the management people have convinced job seekers that they would look impressive on a CV.

The problem really is that when you have read 10 or 20 or more of these CVs, you have no choice but to conclude that they all come from cv.com.

I have no idea if there is any such thing as cv dotcom website, but there must be, for where else would all these lookalike soundalike CVs be coming from?

Once upon a time, we were told that would-be employers were looking for people who stood out and were original.

Now everybody sounds the same because they are all creating their CVs from the same source.

It might well be that these things have been subjected to focus group surveys and the management people have determined that CVs must be presented in a certain way.

But if you are trying to recruit and you are faced with someone who claims to be smart, result oriented, diplomatic and tactful with professionals and non-professionals, and is flexible and versatile, (I am not making this up), the chances are you are going to yawn and move on to the next CV.

I know it sounds terribly old fashioned, but I am so looking forward to a straightforward CV that just tells a name, date of birth, gender (is that still allowed?), educational and job background.

I am looking for those who would keep it short and simple and without any fancy claims.

Every time I am at a function and such a person is being introduced, I find a reason to disappear.

If it takes 20 pages to tell us who you are and if taking out the fact that you were at some conference in Vienna in 1973 will diminish your status, then I am afraid I don’t want to know.

As they used to say in the old-fashioned newsrooms, KISS – KEEP IT SHORT AND SIMPLE.

It is also my view that when you have made it to a certain age, it doesn’t matter what school you attended, what class degree you got and how many conferences you have attended. Elizabeth Akua Ohene, Writer, Politician. If that doesn’t do it, nothing will.