Reasons why the UGCC failed 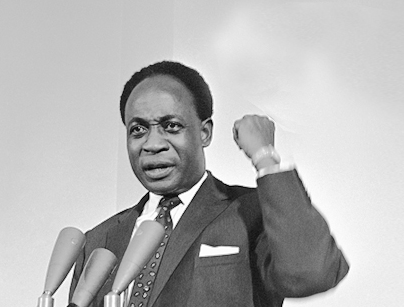 Last Friday, the organisers of [email protected] commemorated the founding of the United Gold Coast Convention (UGCC) at Saltpond, positioning it as an overlooked significant national event.

The founding of a political party with no notable accomplishments is being touted as Ghana's birthday along with, or perhaps, instead of, March 6, 1957. Sadly, the current President lent the authority of his office to a commemorative farce that flies in the face of historical truth.

It is argued that the founding of the UGCC represents the conception of Ghana’s independence struggle. But is it? When exactly did the anti-colonial struggle begin?  It certainly is not August 4, 1947. Prior to that, there was the

Aborigines Rights Protection Society and the National Congress of British West Africa, preceded by the Fante Confederacy and many others.

As Professor Emmanuel Kwaku Senah has argued, “national histories do not have starts; just major confluences of powerful factors and strong personalities.”

Even if we accept the UGCC as the harbinger of the anti-colonial struggle where in the world, or in our lives, is conception equally or more important than birth? For all the over-sized claims made on its behalf, the UGCC contributed nothing tangible to our independence struggle.

Any objective assessment, stripped of all the emotional guff, shows that except for the consequential decision to recruit Dr Nkrumah as its General Secretary, the UGCC was a colossal failure and here is why.

After the Second World War and demobilisation when the colonial authorities shut down military bases in Ghana, returnee soldiers found themselves without jobs or decent incomes. With soaring inflation and shortages of consumer goods, public confidence in the Gold Coast government began deteriorating.

At the same time, the Gold Coast's cocoa industry, the primary source of income for the exchequer, was ravaged by the swollen shoot disease and the government's policy of cutting out acres of trees with no compensation exacerbated farmer disenchantment.

The desperate voices of large swathes of the disaffected population were ignored by the political class, including the Joint Provincial and Legislative Councils, until Nii Kwabena Bonnne II, Osu Alata Mantse, emerged to lead large public protests against steep hikes in the prices of consumer goods.

It was in this milieu that the UGCC was formed by the African political elite and failed politicians. While it quickly garnered public support in Kibi and major coastal towns of Saltpond, Accra, Cape Coast and Sekondi, in the words of Aiken Watson KC., of the eponymous Gold Coast commission he chaired, "the UGCC did not really get down to business until the arrival of Mr Nkrumah on 16 December 1947” who was singularly responsible for broadening the appeal of the movement across the country.

Wrong side of history

After a month of protests in early 1948, the Association of West African Merchants (AWAM) whose members were most impacted by the boycott, negotiated an end to the protests due to come into effect on February 28, 1948.

The shooting of Sgt Adjetey, Private Odartey Lamptey and Corporal Attipoe during the ex-servicemen’s march to the Castle on that same day, however, triggered rioting in Accra.

Shops and offices owned by foreigners were attacked and looted and the violence soon spread to other towns. Faced with widespread disorder, Governor Sir Gerald Creasy declared a state of emergency, troops were called out and police arrested the ‘troublemakers’ earning them the dubious sobriquet of the 'Big Six'.

But the UGCC leaders quickly distanced themselves from the riots, blaming them on their new General Secretary.

While Kwame Nkrumah and Dr Danquah had addressed the ex-servicemen at a rally in Accra on February 20, 1948 where their petition to the Governor was drafted, leaders of UGCC did not anticipate or plan the 1948 riots.

The riots and disorder, however, led to the appointment of the Watson Commission to investigate the causes and make recommendations. As the noble Lord Rennell conceded in 1952 the inevitable consequence of their Report was the appointment of the Coussey Committee to consider constitutional developments in the Gold Coast" whose result was "the promulgation by Order in Council of the new Constitution of the Gold Coast" in 1951.

In other words, there is a direct line from Nii Kwabena Bonne's boycotts, the shooting of the three ex-servicemen, the riots that followed and Watson, to the establishment of the Coussey Committee that produced the 1951 Constitution which in turn led to the first all-African elections with the broadest franchise in the country's history and the first All-African government. none of these enabling events for Ghana’s independence was orchestrated or led by the UGCC.

The UGCC only positioned itself for a share of the spoils of the 1948 riots it repudiated and jumped on the bandwagon to draft the 1951 Constitution under Sir Henley Coussey. This was their chance, they believed, to ensure Dr Nkrumah disappeared from the political scene. Dr Nkrumah and Trades Unions were excluded from the Committee who skewed the election rules in favour of the UGCC.

However, with the scales tipped in their favour, the UGCC managed to botch the elections and the CPP won by a massive landslide. After they lost, they started undermining the very constitution they had drafted with prominent members (William Ofori Atta and Dr Danquah included) describing it as "bogus and fraudulent" as Dr Nkrumah had, prior to the elections.

The mantle for carrying through the programme for self-government naturally passed to Dr Nkrumah and the Convention People’s Party (CPP) government. This was momentous because with the demise of the star-studded but failed UGCC in the 1951 elections, Dr Danquah's command of Gold Coast politics ended and Dr Nkrumah's took off.

Dr Danquah's own contribution to the anti-colonial struggle is not in dispute but that is not to be conflated with the UGCC.

The UGCC was his last substantive political project and it failed and ceased to exist after the elections. The rump reconstituted themselves into various opposition groups whose raison d'être was to stop Dr Nkrumah from leading Ghana to independence. And they thwarted every effort to deliver the promise of the self-government they committed themselves to in August 1947.

In the words of Professor Senah, in the end, the foundations of Ghana crystallised around who was best able to appreciate and marshal the historical forces unleashed between 1870s and the Second World War.

It was Dr Nkrumah who was to turn the aspirations of many who came before him -  Mensah Sarbah, Casely-Hayford, Kobina Sekyi and Dr Danquah among others -  into a concrete programme that finally secured Ghana's independence.

We can debate who started the struggle for independence but we can’t dispute who achieved it. Surely, that alone should put this matter to rest.

The writer is a Telecom and Technology consultant based in India with a keen interest in Ghanaian and African political history.