Life in details: How I’m learning to connect 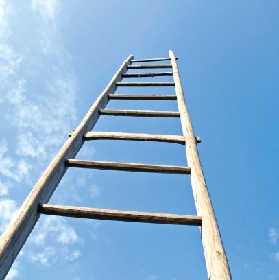 “Life is not a plot; it’s in the details.” ~ Jodi Picoult, Vanishing Acts.

Kurt was charming. He could convince anyone in the group to drop everything on a whim and go with him—anywhere he wanted. He had a way about him. His words seemed to cut directly to the subconscious mind and put us in a hypnotic trance.

He wouldn’t say, “Let’s have a party. It would be fun,” rather, “Let’s make blue caipirinhas over crushed ice with Brazilian dance music in the background at Tim’s pool next weekend.”

He would then mention that he had had such parties when he stayed with his cousin in Brazil the previous summer, and that girls loved it. Boom! The message was crystal clear to our teenager minds without once mentioning the word fun.

If Kurt didn’t like a new guy on the scene, he might say, “Did you see the new guy’s shoes? Do you think he borrowed them from his father? They stopped making those shoes in the 50s…” Again in a few telling details, he managed to make the new guy look “uncool”.

Many years later, I find myself in a writing class. The tutor looks at me directly and says, “It’s in the details.” He goes on to explain that the difference between an average essay and one that captivates the reader is that the former starts with concrete details, and then moves to the more abstract.

He quotes Roy Peter Clark’s writing tip on the so-called ladder of abstraction:

“Good writers move up and down the ladder of abstraction. At the bottom are bloody knives and rosary beads, wedding rings and baseball cards. At the top are words that reach for a higher meaning, words like ‘freedom’ and ‘literacy’. Beware of the middle, the rungs of the ladder where bureaucracy and public policy lurk.”

The ladder of abstraction was popularised by S.I. Hayakawa in his 1939 book, Language in Action. It connects two opposite and conflicting forces. One is the involvement of the senses - the details, the specifics that hook us into the story or learning experience. The other is the abstract – the big goal that appeals not to the senses, but to the intellect.

Most of us are exposed to new information every day, but never internalise it. With so much information competing for our focus, it’s hugely challenging to zero in on anything. We remember the concrete details.

They create relatable images that touch us and emotionalise a story, song, concept or teaching. It’s only when that happens that we are moved to understand the experiences relayed. Those crucial details then become a doorway to the wisdom we need.

They help us embody or absorb knowledge.

In the evening after my writing lesson, I recalled my friend Kurt and how he had used the ladder of abstraction without being aware of its power. He was a great storyteller who painted his conversations with minute details that always led to a significant point—wherever he wanted to steer our thinking.

Some people communicate engaging details but seem to have no end point or direction in mind for the conversation. Meanwhile, others always speak in abstractions and lose listeners after a few minutes. It is at the intersection of the detailed and the abstract that we evoke the listener or reader’s emotions.

Steve Jobs would spend hours on the details of the new iPod before expressing his vision to the team. “It will go down in history as a turning point for the music industry,” he told them.

I’ve started to apply this powerful lesson to connect more effectively in all aspects of my life. In my company’s new marketing campaign, a picture of one beautiful product tells our customers that whatever they buy from our stores will make their homes elegant. There’s no need to tell our customers about all our products and services.

In my writing, I begin by sharing a personal experience as I did at the start of this article, including vivid, visceral details, and then the reader gets my theme.

There’s one caveat, however. The details must be true. We all have a deep desire to connect with one another. We are all here to have deep, enriching experiences. And so we must recognise that it’s the details that ultimately lead us to a more meaningful life.

We are both the tiny waves in the ocean and the vast ocean in the universe.