How do we honour Osei Tutu I? 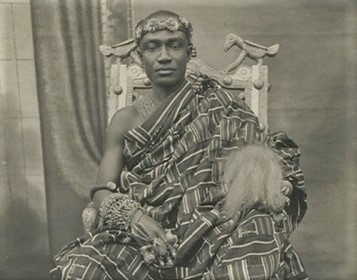 He’s called the “founder of the Ashanti kingdom”. Yet, strangely, he's bereft of fitting recognition, and I’ve often wondered, "When will King Osei Tutu be fittingly honoured?"

The largest teaching hospital in the Ashanti Region is named after his right-hand man, Komfo Anokye. The largest university has gone to Dr Kwame Nkrumah, the largest stadium to Baba Yara, the two biggest high schools to Prempeh II and Opoku Ware I.

Statues of kings on roundabouts have gone to Prempeh I, Prempeh II and Osei Tutu II.

The list goes on, to buildings, estates, streets and more, with precious little going to Osei Tutu, the Founder. In a funny twist, a few weeks ago while reading "Kumasi International Airport" on the newly built terminal at the Kumasi airport, I said to myself, "I hope that if ever this airport gets renamed, Osei Tutu I will be remembered."

To my surprise, just a week later, I read that that honour had gone to the also illustrious Baffour Akoto. It is this event which has prompted the writing of this article.

For I deduced then that Osei Tutu, like the old soldier in the song, has simply “faded away” from our collective memories and is being skipped for honours, with no malice intended.

Kumasi is sometimes called Oseikrom (Osei's City), but this is an unofficial, little known, little used, name that does him little honour. Then also, there's a high school tucked into a not very conspicuous location outside Kumasi that is named after him.

It may have been improved now, but when I knew it 40 years ago, it was bereft of facilities worthy of the person it was honouring, and it was not as strategically located as other high schools in the city are.

No wonder then that while Kings Prempeh and Opoku Ware, who came after him, are re-lived year in, year out through the winning of Science and Maths quizzes, debates and sports trophies by the schools that are named after them, King Osei Tutu struggles for living honours, the same way he struggles for monumental honours.

Beyond these, regretfully, there’s little else of import in his honour.

So what makes Osei Tutu special?

The Encyclopaedia Britannica has this to say about him: “Osei Tutu ... as chief of the small state of Kumasi, came to realise (c. 1689-90) that a fusion of the small separate Asante kingdoms was necessary to withstand their powerful Denkyira neighbours to the south. ...With a spiritual, as well as practical basis for unity, the other Asante kingdoms merged with Kumasi, and Osei Tutu led their combined forces in a successful war against the Denkyira about 1698/99-1701. ... More wars followed, both to consolidate and to extend Asante conquests. ... During Osei Tutu’s reign as Asantehene, the area of Asante approximately tripled.”

The purpose of this article is not to begrudge any of the above, or other illustrious personalities, of their just recognitions. Nor is it to extol the fighting of wars to extend kingdoms; though, as can be gleaned from the Britannica, Osei Tutu’s war-faring exploits, began at least, not for reasons of conquest and expansion, but of defence and survival. For indeed, he himself, had been held prisoner by the powerful Denkyiras. His brilliance lies in the fact that he was able to turn this huge setback into an immense triumph. For he escaped the captivity in Denkyira and fled to Akwamu where, probably providentially, he met Komfo Anokye.

On seeing Komfo Anokye's intelligence, powers of oratory and miracle working, a plan hatched in Osei Tutu’s fertile mind, and he convinced Anokye to join him to Kumasi.

That was his master stroke. Taking advantage of Komfo Anokye's gifts of persuasion, skilful organisation and perceived miracle working, Osei Tutu set out to, and successfully executed his quest to unite the Asantes.

He then followed on to release his military genius by leading them to fight and overcome the Denkyiras, thereby eliminating their powerful threat to his "small state". All that, and the rest, is history.

His life is, thus, a shining example to us all, individually and nationally, as to what to do in our times of defeat and disgrace.

He is akin, in this wise, to Joseph, Moses, Nkrumah, Mandela and others who overcame confinement and overwhelming odds to fight for freedom for their people. Indomitable was what he was!

Osei Tutu may also have done modern Ghana a big service. I again wonder how our current Ghana map would have turned out when the British were setting out its boundaries if Osei Tutu had not united such a massive swathe of its land into one entity, stretching it as far as into parts of modern-day Cote d’Ivoire and Togo.

The Wikipedia says: “The Asante Empire ... was an Akan state that lasted between 1701 and 1901, in what is now modern-day Ghana. It expanded from the Ashanti Region to include the Northern, Brong Ahafo, Central, Eastern and Western regions of present-day Ghana, as well as some parts of Cote d’Ivoire and Togo.”

I am not a historian, but if this is true, then Osei Tutu must have laid the foundations for the map of modern Ghana. He, therefore, may be the founder, not just of the Ashanti empire, but in reality, of our modern Ghana that is seen on the map today.

How do we honour Osei Tutu?

Have the Akans, the Ashantis, the Ashanti Region, the Ashanti chieftaincy institution or even the country Ghana been fair in honouring and memorialising the greatness of Osei Tutu and his contribution to who we are now as a people or nation?

His work for Ghana is just as seminal as those of the independence fighters that we regularly honour. On a deeper analysis, they may only have fought to translate what Osei Tutu had already achieved into the modern world’s independent-country context.

If the above is correct, then I think that Osei Tutu I deserves to be seen as a great national icon, and that Ghanaians must not allow this great soldier king and our nation’s foundation builder to fade away into further oblivion.

He would even have been made into a tourism icon, earning foreign exchange for the country, just as visits to the Forbidden City and other tourism sites in China and other countries tell us.

May we have time to pause and think, whether something more shouldn’t be done to better honour King Osei Tutu I.

The writer lives in Kumasi. E-mail: This email address is being protected from spambots. You need JavaScript enabled to view it.