Eating and talking my way through China

I suspect I have said nothing dramatic if I state that my introduction to Chinese food was in Accra.

I might even hazard a guess that most people in the world get to eat Chinese food in their own countries. You don’t have to go to China to eat Chinese food. It is the one aspect of Chinese culture that had dominated the world long before there was talk of the rise of China.

Chinese restaurants have been a feature of the life of most cities in the world for a long time and they not only dominate the fast-food eateries, but the top-end range of fancy restaurants as well.

My own first experience was at The Mandarin Chinese Restaurant, one of the enterprises of the late Sylvan Amegashie, a food connoisseur himself if ever there was one.

I know that only those of us in this city of a certain age group will remember The Mandarin, but you can take it from me that the food was excellent, having eaten Chinese food around the world.

These days, the aura of exoticism has evaporated from Chinese food and fried rice is a regular on the menu at any gathering in Ghana. Indeed, I understand there are young people who do not even know that “fried rice” is something that we used to associate with only Chinese food. 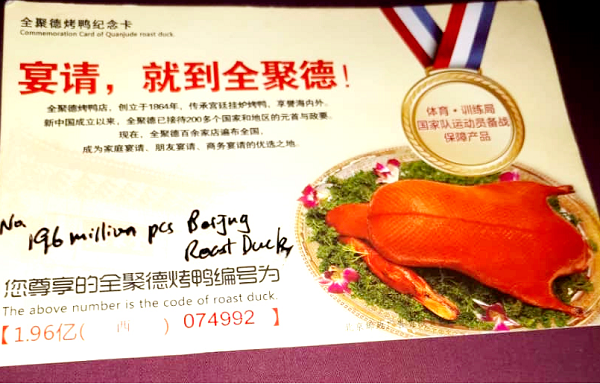 I went on my trip to China prepared to be surprised by the food. I am happy to report that food remains an intensely interesting part of Chinese culture. I could see how they conquered the world with their food long before countries started worrying about their trade balance deficit with them.

I am ashamed to admit that after all these years, I have never managed the use of the chopstick. It is a sad gaping hole in my accomplishments.

My visit to the offices of Power China ended with lunch at Quan Ju De, one of the most famous restaurants in Beijing. We walked from the office to the restaurant and feel free to make of that, what you will.

The Quan Ju De is the home of the famous Beijing Roast Duck that has been exported around the world with varying degrees of success.

The restaurant has on its walls the photos to show that not only have they been around for a long time, every world leader and important personality that ever visited Beijing came there.

I have the evidence to show that I ate the 196 millionth Beijing Roast Duck served at that restaurant.

I can tell you that the next time you go to any Chinese restaurant that purports to serve Chinese Roast Duck, you must insist that the complete duck is wheeled out and ceremoniously carved and delicately sliced in front of you.

They cannot claim to be serving Beijing Roast Duck without the ceremony. The ceremony is an integral part of the food. At a much less grand but growing in fame and popularity restaurant near Beijing Airport, I was witness to the same ceremony.

They will be happy to pack the duck bones for you to go and make duck soup at home. The chef told me the soup took 30 hours to make.

If you are looking for some adventure, you could always try out the Hot Pot restaurants. I was taken to one near my hotel in the rain in Shanghai and the atmosphere around the ceremony of the presentation of the food was enough to divert your mind away from the incessant rain falling outside.

My guide, Bin Ling, to whom readers have already been introduced, told me it was a ceremony that was replicated at homes and not only staged in restaurants. A similarly interesting but tame comparison would be the Swiss Fondue and what the French call Pommes de terre a la Francontoise.

I might add that I never ate, nor recall being offered, any fried rice during the trip.

Bin Ling was surprised I did not know about purple rice, which she assured me was not brown rice or unpolished rice. She believes I can only claim to have eaten rice when I have eaten purple rice. I intend to work on that particular challenge, especially since rice is not one of the foods that I like particularly. 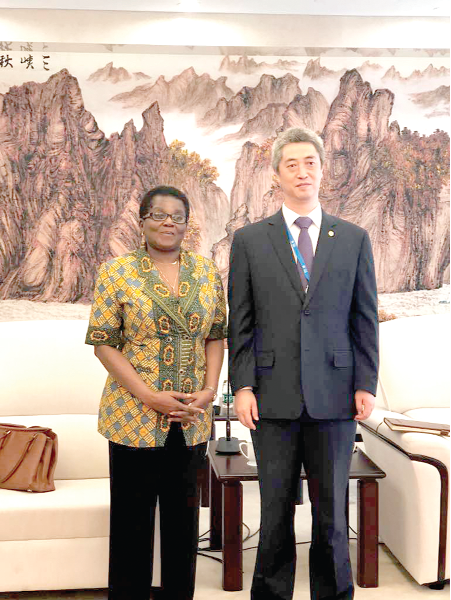 A fine for children

I have mentioned the foray to the Silk Tree shopping mall, and there are a few conversations to recount.

“Madam”, this young Chinese woman ventured, “please no offence, but I hear that in your country, someone can have 10 or even 15 children, is that true, and a man can have 10 wives?”

I was not sure how to deal with this question since I couldn’t give a categorical answer. I fudged the answer with my standard in the old days and Ghana was changing, and few people now have more than three or four or so children.

“But is it true that a man can have more than one wife in your country?”
“Yes.”

“Does the government allow it?”

“I’m not sure people will think that has anything to do with the government,” I ventured.

“But that is not true, everything has something to do with the government,” my young friend persisted. “Don’t the children go to school?” I know when I am beaten in an argument.

I discovered that even the Chinese government is not obeyed all the time. I asked if the words brother and sister had disappeared from the Chinese language as a result of the One Child Policy that had been in place for more than 30 years until recently.

I reckoned that if everybody was an only child, there would be no brothers or sisters and the words would simply die off. Well, our local guide in Shanghai told me she was the first of her parents’ four children and the only “free” one. Her parents paid a fine for each of her three sisters.

It dawned on me that not everyone obeyed the One Child Policy decree. It is also strange how determined the female specie is; girls keep appearing when people are looking for boys.

I did not have to go to China to discover this, but Huawei is a private company. I had assumed that Huawei, like all the big Chinese companies, was a state-owned one. I went to what must be one of the most exotic guest reception places in the world.

Since the ultra-modern Huawei centre in Beijing was being refurbished, Huawei took me to a lovingly restored home in the old city.

Like the Forbidden City, it is the orderly setting out of the buildings and the intricate furniture and artwork that stay with you. It is not the overpoweringly brutal orderliness and efficiency of the German cities; that Huawei place had a delicate edge to the orderliness.

So, have I found the answer to what I set out to discover about China and the Chinese? Maybe not, but I know that we will not make any progress until we change our attitude to time. The first time I went to the United States, it was a trip sponsored by the State Department and at the briefing on the first morning, I was told: ‘Nothing stops the schedule here, not the rain, not the snow, nothing.” Keeping to time probably has something to do with progress.

Then there was my conversation with the young woman in the shop: “Everything has something to do with the government, including how many children people have.” I am back and glad to be back.