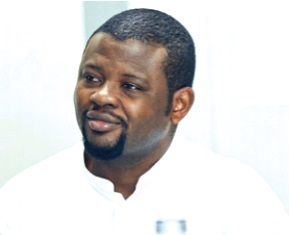 The U.S. Supreme Court recently dealt a severe blow to global efforts to reduce carbon dioxide emissions. The court, in a six - three majority, voted to limit the oversight responsibility of the Environmental Protection Agency (EPA) on the appropriate use of technology in power generation in the U.S.

The West Virginia State brought the case against EPA, suggesting that the EPA did not have the power to determine the energy mix of individual states, contending that the authority to shift energy generation mix was exclusively of Congress.

The court held the argument by West Virginia, thereby curtailing the power of EPA on climate change.

The court argued that bureaucrats mustn't be allowed to reshape the economies of states by limiting their pollution. Rather, such power must rest with elected representatives.

Unfortunately, however, elected representatives do not at all times have the requisite knowledge to handle such matters.

While the ruling may be right in the sense of U.S domestic law and great news for the conservative Americans, it is utterly wrong in science and bad for the rest of the world.

It misses the complex and delicate balance between law, science and sociology, thereby elevating the existential threat of climate change.

It is a major hamstring to the U.S. government's efforts at reducing emissions and could become grounds for "free riding" for countries that pay a heavy price for implementing actions on climate change.

Moreover, the enormous benefits of "free riding" may incentivise such countries to jettison their National Determined Commitments (NDCs).

Already many countries are way off-track in meeting their NDCs.

Given that climate change is trans-national, any attempt to free ride by other countries could make it harder to achieve the emission target of 1.5°C above pre-industrial levels by 2030 and a net zero emission by 2050. Besides, it will thwart global efforts to create a healthy and liveable planet. 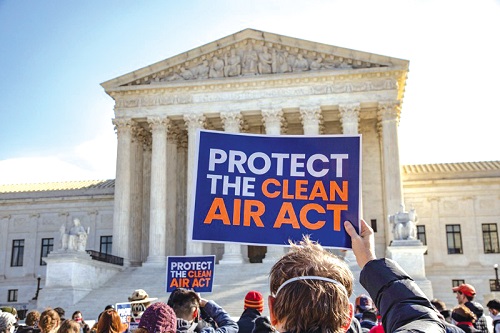 It is no secret that the ruling makes it easy for electricity generation companies to choose less optimal technologies for carbon sequestration.

Also, the incentive for businesses to invest in new technologies may run dry and become less of a concern to business owners from now on. It could also occasion a hostile legal conundrum concerning Federal Agencies' abilities to carry out state-wide activities in the future.

The Achilles heel of the ruling is that it quickens ecological disruption and slows global climate action. Since climate change is borderless, the impact of this decision will potentially be felt far and near.

It is essential to underscore that human's susceptibility to climate change is graver than they were a few decades ago.

To meet the Paris Pact would require a re-doubling of efforts by all countries. It demands the developed industrialised economies, in addition to meeting their NDCs, to support developing countries with technology and adequate climate mitigation and adaptation funding.

Should the U.S. fail to devise means around the ruling, there is a possibility that other countries may enact similar retaliatory policies to decrease their climate efforts in return for economic gains.

That will damage the multilaterally agreed NDCs adopted under the Paris Accord. Such a situation will be direr for the world with an excessively far-reaching impact on people living in developing countries.

The ruling could also escalate the precarious situation of the global economy. The world economy has been upended significantly by the COVID-19 pandemic and the Russian invasion of Ukraine.

According to the UNDP, the pandemic has accelerated extreme poverty, with additional 71 million people in the world's poorest countries pushed into extreme poverty.

Climate inaction by the world could intensify the trajectory of poverty through famine, droughts, flooding and heatwaves. The poor people in countries with weak social safety will be the hardest hit.

As much as the U.S. is a single country, and their climate inaction may not make or break the rest of the world in securing healthy and liveable earth, their action certainly dampens the efforts of other countries.

If the U.S. changes course and comes to the table, it will be better for global climate action.

The writer is co-Founder, iWatch Africa. E-mail: This email address is being protected from spambots. You need JavaScript enabled to view it.