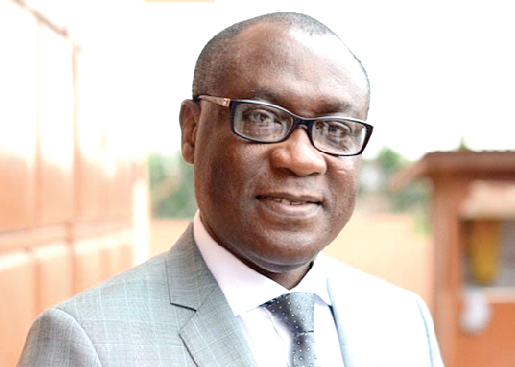 Ghana has a well-designed and functional national peace architecture, which makes it imperative for the feuding parties to dialogue.

Unfortunately, many African countries do not have that and the conduct of elections has resulted in civil wars and violent conflicts.

It would be reasonable to conclude that the whole duty of the National Peace Council (NPC) is to safeguard the peace of the country.

It enjoins the institution to facilitate and develop mechanisms for conflict prevention, management, resolution and to build sustainable peace in the country.

It is charged with the long-term goal of building a more inclusive, sustainable and peaceful society for all.

To achieve its objective of promoting a culture of peace in the country, the NPC works in tandem with other key stakeholders in the discharge of its duties.

It is important to stress that the NPC does not wield persecutory powers to arrest and jail people who flout the law of the land.

The council’s intervention on issues of national concern does not usurp the functions of democratic state institutions mandated to handle such matters.

In the wake of COVID-19, there has been disruptions in all spheres of human activity, including peacebuilding and conflict transformation programmes across the globe.

Undeniably, the pandemic has affected the work of the council to some extent.

Peace campaign programmes and activities are often organised through meetings, workshops and conferences around the country to meet stakeholders and to discuss ways to prevent conflict and to advance peace.

These have all been adversely affected, making it almost impossible for the council to work in a period of restricted movement.

Another way by which the pandemic has worked against the council is funding from the central government and development partners.

Quite understandably, the shift has been from funding peacebuilding and conflict transformation programmes, to the pandemic.

In other words, the fight against the COVID-19 is high on the agenda of all.

Notwithstanding the initial hitches, the NPC played its expected role in the 2020 general election.

In line with its mandate to ensure violence-free election, the NPC with funding from the government and the Danish Embassy engaged Ghanaians on the Vigilantism Act, a roadmap and a code of conduct to eradicating political vigilantism, ahead of the 2020 election.

Another important activity of the NPC was that, in partnership with the National Chief Imam and the Institute of Democratic Governance (IDEG), the 3rd High Level Presidential Election Peace Pact ahead of the 2020 election was signed by the two presidential candidates of the two leading political parties, the National Democratic Party (NDC) and the New Patriotic Party (NPP).

It is, therefore, not wrong for anybody to assume that the council becomes more visible as the country approaches national elections, because as a peace infrastructure, it is established to help mediate a peaceful political transition and has succeeded, in no small measure, in holding the country together for all these years.

Like any other subvented state institutions, the NPC is a national statutory body, which relies on funding from the central government to roll out its programmes.

For years, the UNDP has been an active supporter of the council’s programmes or activities.

Without funds, the council cannot implement its activities.

The conduct of every election appears to be an extremely difficult moment in Ghana’s electoral history.

It is, therefore, not surprising that the public perception of the council is one of distorted representation.

The council is perceived as being in bed with the government of the day for failing to be critical of certain actions or misconduct of government officials.

Some Ghanaians are of the opinion that the council tends to take the erstwhile administration to task for what it termed as ‘glaring governance infractions’.

Since 2016, the council has lost its voice on major national issues agitating the minds of many Ghanaians and also, the council lacks proactiveness—that is, its inability to address an issue before it becomes a problem.

Admittedly, the council is a human institution that is bound to step on toes while doing its work. For this reason, the council should be criticised in all cases, but in doing so, it is only fair that such criticisms are just and constructive.

It simply does not serve anybody’s interest to run down state institutions doing their legitimate duties for no apparent reason.

But what cannot be tolerated in any civilised society is the bastardisation and vilification of state institutions and public office holders for no just cause.

As a result, the scurrilous assault on members of the NPC by disgruntled NDC supporters at their party headquarters is most unfortunate, to say the least.

To hurl accusations and insults at personalities who have put their lives, knowledge and expertise at the service of the country and who spend sleepless nights to ensure peaceful elections is unacceptable.

It must be noted, however, that the members acted in good faith by reminding former President John Mahama of the Peace Pact he signed and trying to impress on him to proceed to court, if he felt aggrieved about the outcome of the 2020 election.

It is, therefore, wrong for any individual or a group of individuals to question the integrity of the National Peace Council as a whole and its Governing Board members, in particular,  and suggust that they are a tool in the hands of the government.

This does not augur well for our democracy!

As a body with no political strings attached, the NPC is guided by non-partisanship and independence when performing its duties.

The membership of the council is composed of distinguished men and women who have excelled in the various fields of human endeavour.

By virtue of their work, NPC members are not supposed to dabble in active party politics.

The NPC, as a neutral referee, mandated to mediate in election related issues in the country, is indeed a blessing!

The writer works with the NPC,
E-mail: This email address is being protected from spambots. You need JavaScript enabled to view it.