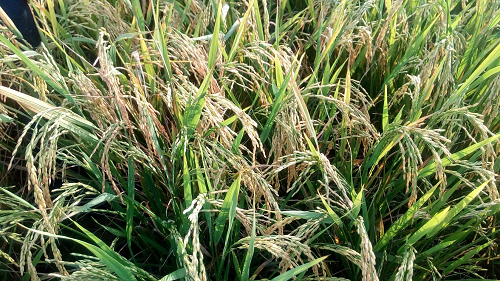 Hunger and malnutrition remain a great threat to humanity, with the world’s poor suffering the most. Bill Gates placed this issue in context in 2012, during a meeting of the International Fund for Agriculture Development at Rome in Italy.

He stated: “If you care about the poorest, you care about agriculture. Investments in agriculture are the best weapons against hunger and poverty, and they have made life better for billions of people. The international agriculture community needs to be more innovative, coordinated, and focused to help poor farmers grow more. If we can do that, we can dramatically reduce suffering and build self-sufficiency.”

However, ending hunger and all forms of malnutrition by 2030 as intended by Goal Two of the Sustainable Development Goals (SDGs), remains an immense challenge. This is because, globally, more than 820 million people do not have enough food to eat, and many of these people are found in developing countries, including Ghana.

In Ghana, for instance, about five per cent of the country’s population are food insecure and about two million people are vulnerable to become food insecure. This is according to a 2016 study titled: “Agriculture and Food Security in Ghana,” which was presented to the Lowa State University by Barnard Darfour and Kurt A. Rosentrater.

The effects of climate change including increasing irregular rainfall, flooding and droughts, are devastating the agricultural production in many parts of the world, particularly Africa.  Therefore, cultivating enough food to feed the country’s increasing population remains a great challenge, if not an impossible one. 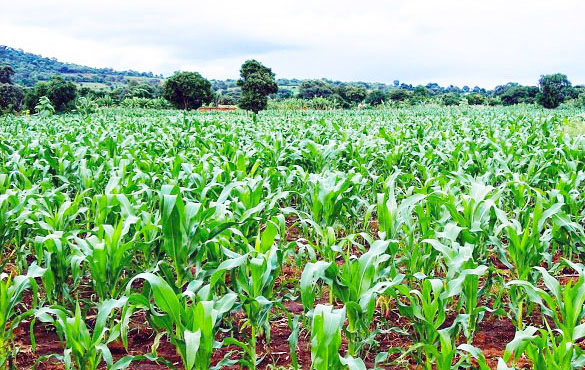 According to the National Population Council (NPC), Ghana currently has a population of about 30.1 million people. The Executive Director of the National Population Council of Ghana, Dr Leticia Adelaide Appiah, in an interview, said annually, Ghana adds a total of 700 thousand people to its population. “This situation,” she says, “comes with its own challenges, including hunger.”

The country has about five million farmers and smallholder farmers account for about 70 per cent of this number. Most of them still rely on traditional methods of farming, such as using saved seeds from their previous farming seasons, which are highly susceptible to pest and diseases.

Additionally, Ghanaian farmers are challenged by poor soils, lack of investment, inadequate capital and inputs, resulting in low crop yields and huge losses. Some agricultural experts are of the view that, aside the need for farmers to re-engineer their farming practices, it is also imperative for them to adopt enhanced crop varieties that are pest and disease resistant, and can guarantee higher yields to feed the country’s growing population and ensure food security.

The case for science based agriculture

High yielding crop varieties is the result of the application of scientific tools that ensures seed quality and enhances the performance of seeds. The role of science in agricultural production is therefore very critical. One such scientific tool is biotechnology, a precise breeding technique through which desirable individual traits are taken from one plant variety and introduce into other related species to produce these same traits in them.

The process is referred to as genetic engineering (GE) and the products are known as genetically modified (GM) or genetically modified organisms (GMOs). Depending on the purpose for which the tool of biotechnology was applied, a GM seed or crop could be resistant to pests, disease and drought among other things. And this is what secures yields as infestation is drastically reduced, therefore use of chemical fertilizer is also reduced and yields are secured.

Therefore, GM seeds can assure more yields per acre, than using seeds repeated saved from harvests over a period of time. More importantly, based on the purpose of the GM seeds, they can equally withstand the adverse effects of climate change. For this reason, some scientists even claim that biotechnology or genetic engineering can help save indigenous foods.

For instance, the worldwide science based food security focused organisation, Alliance for Science, says that “Science-based agriculture can preserve critical indigenous foods, such as cowpea, banana, cassava, and common beans, while reducing the environmental impacts of farming.”

Supporting this claim with statistics, the organisation notes that: “On average, genetically engineered crops have cut chemical pesticide use by 37%, increased crop yields by 22%, boosted farmer profits by 38%, and reduced greenhouse gas emissions equivalent to taking 12 million cars off the road.”

This is confirmed by Dr Koos Coetzee of Farmer's Weekly. In his article, "Biotechnology: how it can help farmers," published in the April 18, 2016, Edition of the Farmer’s Weekly, he observed that "biotechnology also holds the key to limiting the use of fertilisers, pesticides and herbicides…”

Dr. Costzee, however, expressed worry that "while GM seeds can help resource-poor farmers produce more, its use is prohibited in some developing countries."
Other experts who have been contributing to the biotechnology debate in Ghana, are of the view that biotechnology could be looked at from various perspectives, such as from the productivity, economic and environmental angles. 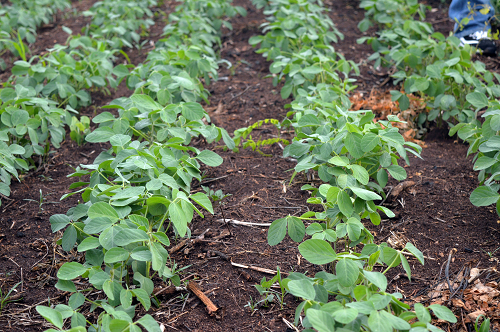 In an interview, renowned Ghanaian Agronomist and Politician, Dr Michael Abu Sakara Foster, explained that biotechnology is a tool that could be engaged both for good and bad, depending on how it is used, noting that it could be used for selective breeding in agriculture to help build “the trait we want, which usually takes a lot of time using the traditional way.” He agreed that biotechnology could help increase productivity, manage pest, reduce use of agrochemicals as well as cost of labour.

In an interview the Senior Advisor to the Public Biosafety System (PBS), Professor Walter Sandow Alhassan, explained the need for adopting GM crops, saying, “in our situation where traditional methods are unable to effectively address farmers issues of pest and diseases, biotechnology is a desirable and helpful scientific tool to be adopted.”

The former Director-General for the Council for Scientific and Industrial Research (CSIR), observed that the practice of farmers applying lots of pesticides to destroy pests results in “killing many pollinators, hence reducing crop yields as well as increasing the cost of farming.”

Scientists appreciate how climate change is undermining the world’s food production systems and hence the need for Ghana and Africa for adopting the biotechnology approach. A Senior Research Scientist with CSIR’s Science Technology and Research Institute (CSIR-STEPRI) and who also serves as the National Coordinator of OFAB Ghana, Dr. Richard Ampadu-Ameyaw explained that climate Change "is affecting water availability for plants, which in turn affects the nutritional quality of crops."

In a recent zoom meeting, he said biotechnology ensures that the nutritional contents of a crop is retained and enhanced, and not destroy by either climatic conditions or poor soil nutrients. Dr. Ampadu-Ameyaw mentioned an example of such a food crop as the “NEWEST Rice” that a team of Ghanaian scientists are currently working on. “NEWEST” is the abbreviated form for “Nitrogen, Water Efficiency, and Salt Tolerance.”

The goal of this GM rice is to develop and disseminate farmer preferred and locally adapted rice varieties with enhanced nitrogen-use efficiency, water-use efficiency and salt tolerance. The on-going research is supported by the African Agricultural Technology Foundation (AATF), which is assisting farmers in Sub-Saharan Africa by providing them with practical technology solutions capable of addressing their farm productivity limitations and improving their livelihoods.

Dr. Ampadu-Ameyaw, stressed that all that the scientists are doing with crops like the “NEWEST Rice,”  “is using biotechnology to help solve the issue of food security,” adding, “Scientists identify the major problems of crops and use biotechnology to solve such problems and climate change fact is key."

So, for him, “when scientists speak on biotechnology, they are speaking in the context of climate change. This is because it is the scientific tool of biotechnology that will solve crop production climate change related problems.”