DANISH saxophonist Katrine Suwalski was in high spirits as her horn weaved in and out while flutist Dela Botri and his Hewale Sounds and Okyerema Kwamena Pra grooved along with her at the +233 Jazz Bar & Grill in Accra on Saturday, August 20.

The song being tackled was an Adowa-inspired Suwalski composition which came after she had offered other pieces of hers influenced by Kpatsa and Agbadza rhythms from the Greater Accra and Volta regions respectively.

Clearly thrilled with the superb interpretations of her songs on the night, Suwalski introduced Botri and Okyerema Pra as two big inspirational forces in her quest to understand and embrace Ghanaian traditional rhythms and that it was a big day for her to play with the two musicians at the same time. 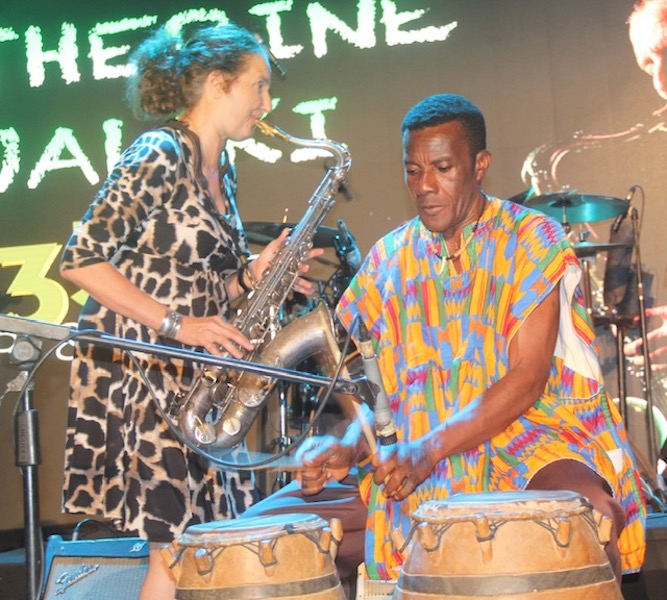 “I don’t know why African rhythms speak so much to my heart and soul. I think it is the danceable rhythms as well as the joy and sorrow in there.

"For me as a Jazz musician, it is a natural step to take to integrate more African rhythms into my playing because the Jazz that I like to create and play thrives on that sort of African input,” said the tenor saxophonist and composer.

After completing her music studies at a conservatory in her home country, Suwalski felt it was time to generally explore rhythms because jazz players everywhere often feel pushed to have a strong sense of rhythm and to work closely with their rhythm sections. So she headed to Cape Coast, Ghana in 1994.

Learning Ghanaian music
Suwalski says her desire to come to Ghana coincided with a Danish International Development Agency (DANIDA) project that supported young Danes who wished to travel out for new experiences and also impart some of what they knew to young folks in the places they went.

So she taught saxophone and Okyerema Pra became her first teacher as he introduced her to traditional music and rhythms of Ghana in Cape Coast.

She learned some drumming and dancing as well. Luckily for her, Okyerema Pra went to Denmark for a year after her tenure in Cape Coast.

He formed a group there and Suwalski worked with them so her foray into Ghanaian music continued for a while.

Another chance to work with a Ghanaian musician and learn some more about Ghanaian music came her way when she met percussionist Ayi Solomon in Copenhagen, Denmark’s capital.

Solomon was part of the Classique Vibes band and had been living and playing in Denmark since the late 1980s.

“He’s a very important part of the Danish music scene. Denmark is small so our scene is also small and Solomon is a big part of it,” says Suwalski.

“I have been lucky to work with him for about 25 years so I have been in touch with Ghanaian sounds all the time.”

Katrine did not visit Ghana again till 2015 when she came on tour with her Another World Quartet which included Solomon on percussion.

They played at the Republic Bar at Osu, +233 at North Ridge and at the Piano Bar, Teshie. It was there that she met Dela Botri for the first time. 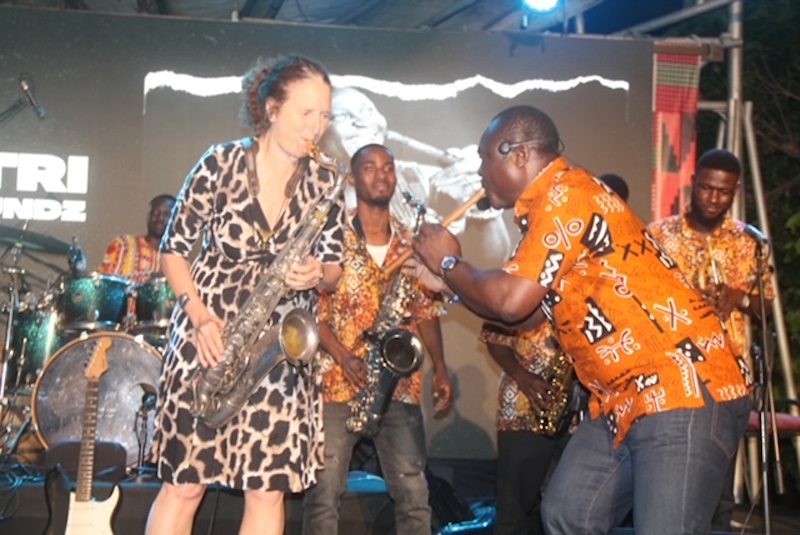 “He was at our previous concerts but it was at the Piano Bar that he came along with his flute and introduced himself.

"He sat in and played with us and our musical ideas connected immediately,” stated Katrine who has since recorded two albums and two singles with Botri. They have also played together in Scotland and Denmark.

She praised Botri, saying she was happy to have met him and that working with him had been enjoyable. According to her, their team work had been enriching because Botri always pushed whoever he worked with to try new things.

One of the new things they tried recently, was to help Ghanaian artist, Epixode, create a Jazz version of his trending Atia song.

The young act had already worked out a Highlife, Folk and Reggae versions of his song and the Jazz take gives it another refreshing colour. 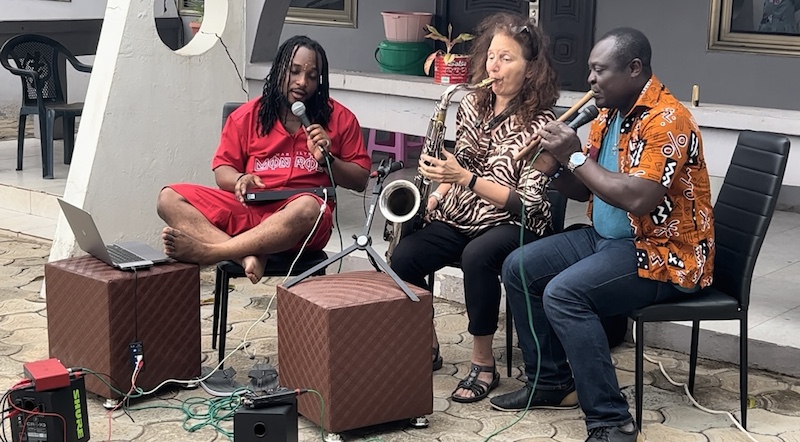 In 2016, Scotland–based Ghanaian multi-arts professional, Dr Gameli Tordzro, made a documentary called Music Across Borders on Suwalski’s’s distinctive fusion of Jazz and West African influences and her work with Ghanaian musicians.

Festival Tours
A tour of Denmark, dubbed Ameton Meets Another World, happened about a year after the release of the documentary.

The Danish saxophonist has also worked in Burkina Faso with her France-based Burkinabe friend, Simon Winse who plays flute and N’Goni, a traditional string instrument common across French West Africa.

They feature at the 2018 Jazz at Ouaga Festival.

The two of them, together with Solomon, form the BonNoir Trio which played school concerts in Paris, France earlier this year.

They will do more school concerts in Denmark before the end of this year and hopefully play in Burkina Faso and Ghana in the near future.

“I have learnt a lot and got so much inspiration from Ghana. It has improved my playing and compositional abilities in different directions.

"My travels and meetings with musicians from other parts of West Africa have also been wonderful. But I guess it works both ways. We inspire each other. It is always good to seek out new ideas.”

She probably didn’t know how far the new musical ideas she set out to seek in Ghana in 1994 would take her.

What she knows for sure now is that she has been bowled over by African rhythms and the applause is often loud whenever she showcases what she has derived from the continent’s musical heritage.