The premiere of 'Drops of Happiness' saw an impressive turnout last Saturday at the Silverbird Cinema in Accra.

Focusing on the issue of 'unemployment' and using the plight of many university graduates as a point of focus, the movie \ got the audience talking. There were positive reviews from colleague filmmakers as well as guests at the premiere.

'Unemployment' is generally not an exciting topic for a film; especially for a young Ghanaian audience, because it reminds them of a harsh reality that stares at many in their faces. This is why Filmmaker and Producer of the series 'Till Sunset' Joseph Clef Aboah, applauded actress Rabby Bray for being able to attract such a large crowd to her premiere.

"Rabby has done well, especially on a day with so many events out there, she still pulled a large crowd", he said

The movie 'Drops of Happiness' painted a realistic picture of modern-day Ghana and some of the unspoken challenges from family demands to lies and deceit.

The lead character in the movie Adjetey Anang testified to this in an earlier interview.

"It's so real and it's something that we can relate to. At a point, some people may even get a bit personal because you may think this story is talking about your personal problem...", he said. 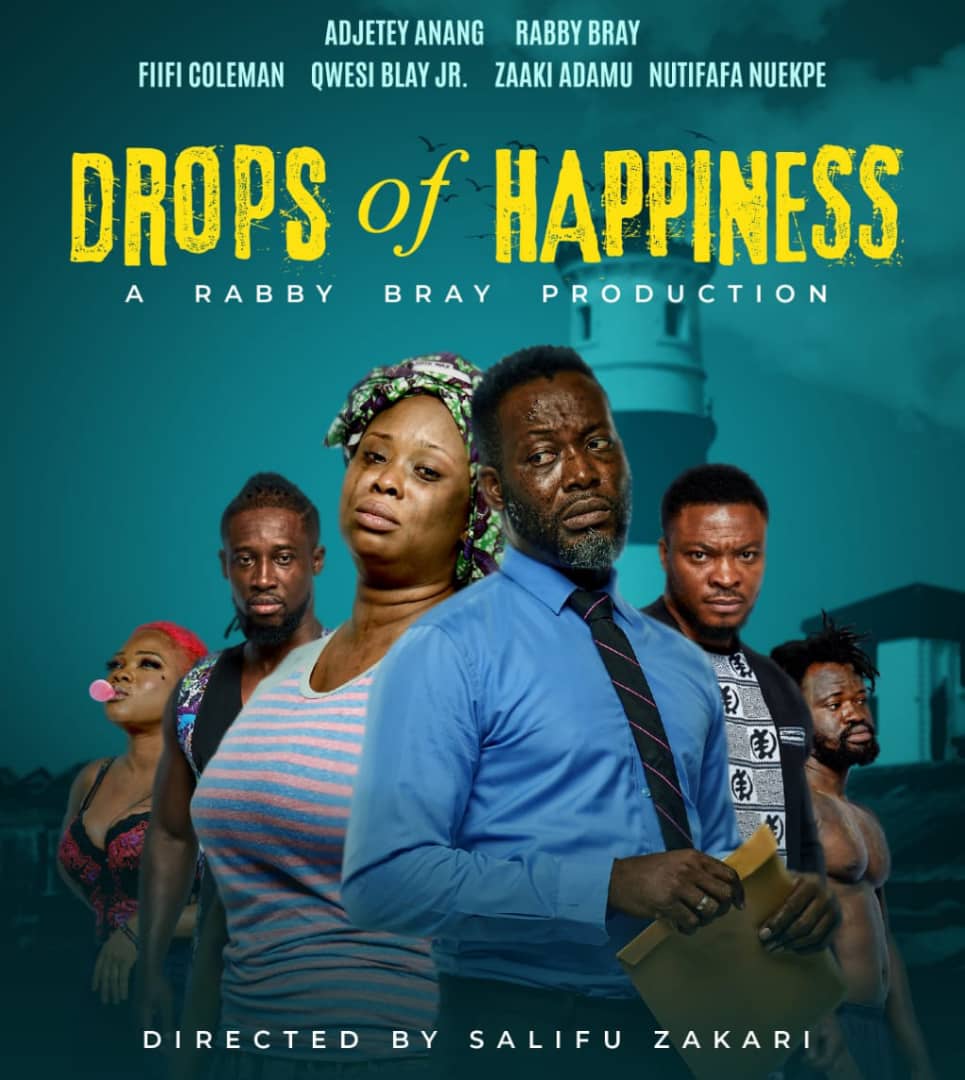 The movie 'Drops of Happiness' tells the story of a young graduate who fights the unfairness of life's challenges as a married man and a father being unable to provide for his family.

Currently, 'Drops of Happiness' is still showing at the Silverbird Cinemas at the Accra and West Hills Mall.