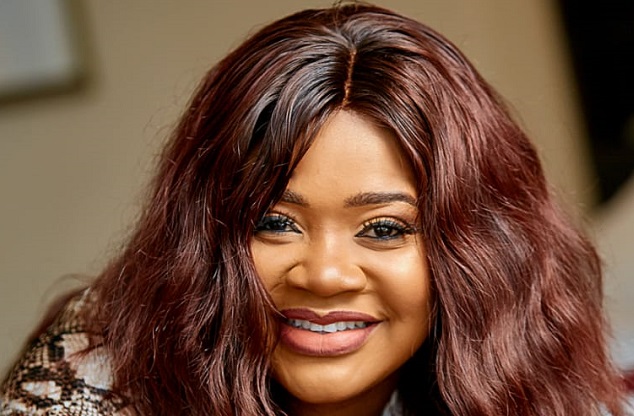 Over the last few months, actress /producer Kafui Danku’s Facebook wall has become the go-to place for people to find solutions to their diverse problems.

People, from all walks of life, young and old, hit her up with their problems in her inbox and on condition of anonymity, she posts them on her wall where hundreds of people share their opinions and support.

Graphic Showbiz touched base with the pretty actress who is currently based in Canada and she threw more light on how her social media platforms became a place of comfort for people.

“Undoubtedly, my social media platforms have become a space for having uncomfortable yet relevant social conversations. Sharing my story on stillbirths and miscarriages was my own way of dealing with the suppressed trauma of having a child grow in me, and never getting to know them.

“This was an open invitation for all women who had experienced the same or similar to share their experiences. It didn’t end there, the release of my debut book Silence Is Not Golden sealed it for people who have been following me to feel comfortable to share their stories.

“I can’t really remember when it became a thing but for the longest time, I have always let people in on my personal life outside of what is in the press. I operate my social media as an extension of myself as a human first, and a digital journal when I want it to be.

“I’ve been openly sharing stories about my childhood, coming of age, my family and parenting. Most people identified themselves with the stories I shared because they are honest and most could relate to the story because of our shared cultural experience as Ghanaians, Africans, or sometimes as humans,” she stated.

The stories, which range from outrageous to very emotional, have really caught on with the public and it is common to see over 300 or more comments under one post.

On how she is dealing with the whole thing, Kafui said, “It gets uncomfortable sometimes, especially when I am not able to come up with solutions for these people, most of who are young adults.

“I offer advice to the ones I can and direct the rest to the appropriate places they can get help. Most of the problems that come into my inbox are a ripple effect of society and our age-long culture of silence.

“There are so many stories I haven't addressed, and even more stories I can never share on my timeline no matter the level of anonymity employed,” she stated.

It must be very challenging for Kafui considering that she sometimes has to part with her own money but she said it was all good.

“I prayed for a time like this – to be in a position to help people. I cannot deny the role of these people in my life, their stories open my eyes to realities my privilege shields me from.

“It breaks my heart when I am not able to help some of them, but I am hopeful they’ll find help somewhere. Another challenge is not having the time to go through all the messages I receive even though I’d love to,” she said.

Kafui revealed that she feels gratified when she is able to help solve some of the problems.

“Simply put, it feels good. It feels good knowing people are living better than they were before they shared a problem, and I even sometimes forget my experiences with these people.

“Most of these people send me messages and leave me texts after years thanking me for helping them with their education, healthcare, family, or just sharing a post they find eye-opening.

“It’s about time we created a safe space for young people to freely share whatever they are going through without judgement. Not everyone can openly start such an initiative with their social media platforms, also not everyone has numbers, but everyone has someone around them they can start these conversations with.

“It’s a very big task, but our immediate circle is a good small place to start. We need to constantly learn, unlearn, and relearn a lot of things we have come to accept as our culture,” she stated.

Kafui Danku’s very first movie was Agony of The Christ produced by Abdul Salam Mumuni. ”I was in just one scene of the movie and I actually landed this role after several auditions. Roger Quartey was very helpful, he actually called me for this role,” she explained.

As a producer, her ABC Pictures has produced movies such as Letters to My Mother, Devil In a Dress, Happy Deathday, I Do, Any Other Monday, WTF(Why This Film), Cracks, You’re Not Alone, The After and Freedom and Justice.

Kafui Danku attended Mawuli Primary and JSS in Ho in the Volta Region where she grew up and continued to OLA Secondary School also in Ho after which she went to the University of Cape Coast.

Her parents are the late John K. Danku and Agnes Asigbey who is a retired nurse. She comes from Tanyigbe-Etoe in the Volta Region.

Kafui Danku had some advice for up and coming actors. “Rome wasn’t built in a day, take advantage of the time between jobs and auditions to improve your skill, invest in your craft and don’t take shortcuts, believe in the process.

“It may take longer than imagined but with the right foundation, the building will be solid and lasting,” she concluded.