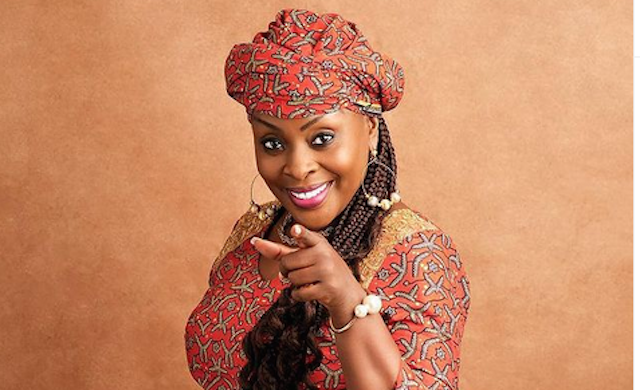 WHILE some people including celebs believe they find solutions to their issues on social media, there are others such as veteran musician Akosua Adjepong who believe it is not the place for one to air their problems.

According to her, it is difficult to understand why some celebrities would go on social media to tarnish the image of their partners or reveal secrets of their friends when they fall out.

“These things have been going on for some time now and I need to address it. I can’t understand why a celebrity would go on social to insult or say bad things about their partner when they are no longer together.

“More so, I find it childish seeing celebrities trading insults on social media over a man or when they fall out with.

"These celebrities should know that going on social media to talk about their problems will only make people mock you and not give you any better solution,” she told Graphic Showbiz recently.

In Akosua Adjepong’s view, before social media, there were elders in the family or the church who offered counselling, and there is no reason why people can’t revert to that.

“If you have marriage issues, the counsellors who talked to you before your wedding are the best people to give you advice.Going on social media to explain what happened is not the best solution.

"Divorce rates are increasing because of all these things. The earlier we stopped going on social media to voice out our problems, the better it will be for our marriages,” she said.

Akosua Adjepong also had some words for the female celebrities who have the penchant for showing off skin excessively just to gain views or attract men, saying they do not stand the chance of getting good men to marry.

“No man would want to go home with a woman who is virtually naked. If you show everything to the world, what would you expect the man who marries you to enjoy?

"You have shown everything to those who don’t deserve to see it so how do you expect a good man to marry you?” she said.

Meanwhile, Akosua Adjepong’s fans can expect to see more of her on television as she gets set to host a show titled Ahye Me which will start airing on Kessben TV and Kessben FM.