Ghanaian celebrities captained by musician Kwabena Kwabena gave the Black Stars a run for their money when they beat them 8-6 at a charity match dubbed Stars Play For Good Sanitation at the Baba Yara Sports Stadium in Kumasi on Sunday.

This was because each goal scored by the celebrity side which included Togolese skipper Emmanuel Adebayor and Ghanaian captain, Asamoah Gyan counted as double, while that of the Black Stars was recorded as just a goal. 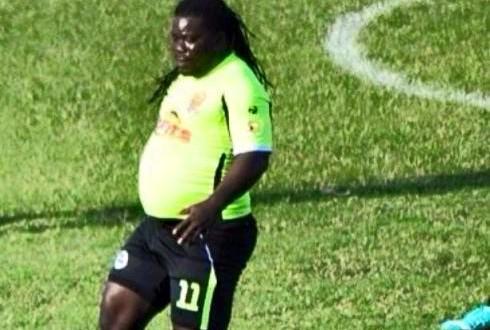 The event had celebs such as Lilwin, Tinny, Obour, Old Soldier, Jupiter, King David, Gasmilla, Stonebwoy, Samini among others thrill the fans who had thronged the stadium.

Prior to the match, the stars made donations to the Kumasi Children’s Hospital and also undertook some clean up exercises.