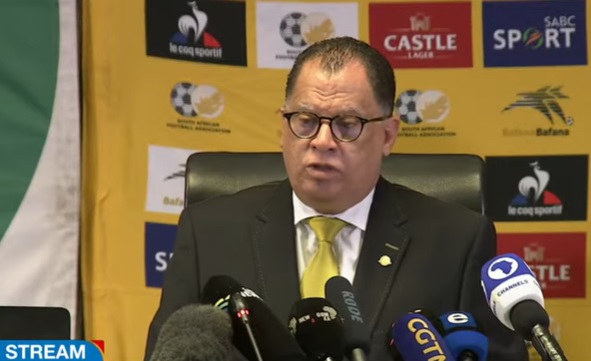 The South African Football Association (SAFA) today gave an update on a complaint it has presented to FIFA about the World Cup qualifier against Ghana.

Addressing the press briefing, the president of the South African Football Association (SAFA), Danny Jordaan said his outfit complained to FIFA about 'match manipulation' during the match which the Bafana Bafana lost 1-0.

He said SAFA had engaged the services of an expert, former South African Andile Aldrin "Ace" Ncobo who spent between 10 and 11 hours reviewing the match before filing their complaint.

On Tuesday, World football governing body FIFA confirmed that it received a complaint from the South African Football Association (SAFA) over their 2022 FIFA World Cup qualifier against Ghana which they lost 1-0.

FIFA in a statement in response to a query from Graphic Online said: "FIFA has received a complaint from the South African FA in relation to this matter and will review it. Please understand we cannot comment further at this stage".