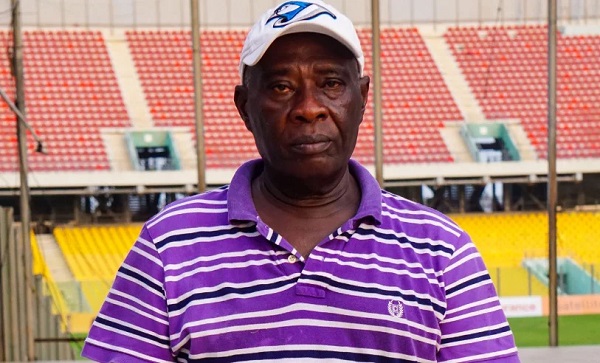 The management of Accra Great Olympics is on a collision course with Coach Annor Walker over what it describes as a breach of contract on the part of the trainer.

According to the Chief Executive of the club, Mr Oloboi Commodore, Coach Walker, who is the head of the technical team of Olympics, had vacated his post without permission and left the club to its fate in its pre-season preparations.

“Since we started our pre-season programme a few weeks ago, he (Walker) has not reported for training. We have already written to him to explain why he has not been reporting for duty but he is yet to respond to our letter,” Mr Commodore told Daily Graphic in an interview yesterday.

Mr Commodore said since Olympics had a running contract with Coach Walker, management had no option but to make a case against him for breaching his contract with the club.

“I want him to know that he has a running contract with Great Olympics which has not expired yet. We have not sat down to mutually terminate the contract.

“We have sent a letter to him to explain why he has not been reporting for training but he has failed to respond,” Mr Commodore revealed.

According to him, media speculations had alleged that Coach Walker was flirting with newly-promoted FC Samartex 1996 without any official notice to the management of Olympics.

“We have seen some publications which indicate that Mr Walker is being poached by FC Samartex at a time he has a running contract with us, so If we don’t get a reply from him by the close of work today, we will file against him for breach of contract,” Mr Commodore cautioned.

He, was, however, quick to add that Olympics had already made a case against Samartex for inducing their coach to abandon them midway through his contract.

Mr Commodore said following Coach Walker’s absence from duty, management had replaced him with Coach Yaw Preko, who is proving to be a worthy replacement.

“Olympics have not missed him (Walker) so much because his deputy, Yaw Preko, has taken over and is leading the team through the pre-season training,” he explained.
.