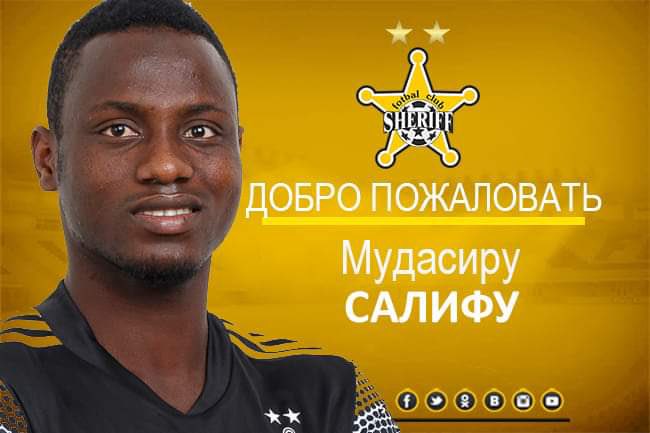 He joined the European side following an agreement with the Ghana Premier League champions and the player passing a mandatory medical examination.

“FC Sheriff staff is pleased to welcome Mudasira Salifu and wishes him success in our club’s yellow and black shirt,” Sheriff wrote on Facebook.

In the last three years, the midfielder was a mainstay for Kotoko, helping them win the Ghanaian top flight.

Salifu scored two goals in 28 appearances for the Porcupine Warriors in the title success last season.

He is one of the highly-rated midfielders in Ghana and is tipped to have a successful time in Moldova.