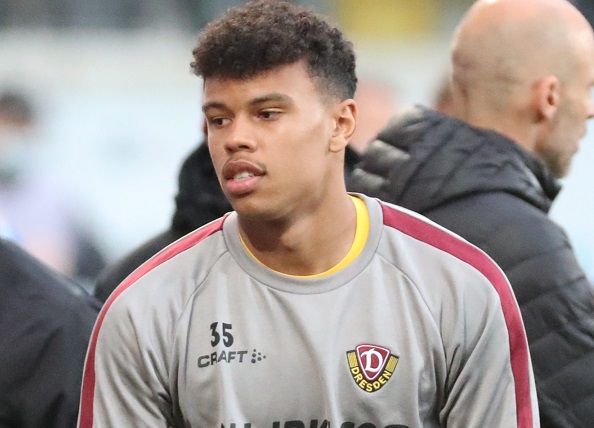 Otto Addo’s arrival as head coach of the Black Stars may been a blessing in disguise for Germany-born Ghanaian footballers who have been nursing hopes to play in the senior national team.

As he builds his side for the 2022 FIFA World Cup in Qatar, it appears the Borussia Dortmund talent trainer may be quietly building his own German style into the Black Stars as the technical team appear to be leaning towards players who ply their trade in Germany.

Since he was appointed as assistant to former Black Stars coach, Milovan Rajevac, there has been an influx players playing their trade in the Bundesliga or German second tier competition, including those born in Germany to Ghanaian parents who have recently switched nationalities to represent Ghana.

Born and raised in Germany where he played for Hannover 96, Borussia Dortmund, Mainz 05 and Hamburg SV, Coach Addo’s first option when he guided Ghana to the 2022 World Cup was to start from home’’, which meant he had to quickly look at players eligible to play for Ghana from Germany.

As a scout for the national team some years ago, the Germany-born coach showed a preference for players emerging from the German system which has seen growing number of Germany-based players in the team in recent years,
including the period when Charles Akonnor was head coach of the national team. During this time players such as Daniel Kofi Kyereh (Freiburg SV), Christopher Antwi Agyei (VfL Bochum), Kwesi Okyere Wriedt (Holstein Keil) and Braydon Manu (SV Darmstadt) have been part of the national team with a growing influence off German football.

Early this month, the Ghana Football Association (GFA) annouced that six players -- Tariq Lamptey, Inaki Williams, Mohammed Salisu, Stephan Ambrosius, Patrick Pfeifer, and Ransford Yeboah -- have made themselves available for selection for the national team after being pursued by the FA and Coach Addo.

Of the new players, defensive midfielder Stephan Ambrosius, defender Patric Pfeffer and forward Ransford Yeboah were born in Germany, with two of then switching allegiance recently having previously represented the German under-21 side.

In the coming months, Ghana could roll the red carpet for some foreign-based stars such as Callum Hudson-Odoi and Eddie Nketiah, both of whom previously represented England’s under2-1 side but are believed to be in the process of switching nationality. But there could be a stronger German influence in the team as other eligible players and the GFA go through the processes for nationality switch.

For Ghana football legend, Tony Baffoe, the German influence in the national team goes beyond Coach Addo but takes its roots in the country’s belief in the efficiency of the German football system.

“We must also remember that Germany is one of the countries with large Ghanaian populations just as England and the United States, so it shouldn’t be surprising that we’re having players from that country because Germany has perhaps the best football systems in the world so the products are naturally top class,” said Baffoe, who first played for Ghana in 1991.

The former Fortuna Dusseldorf star, who was born and raised in Germany, told the Graphic Sports last Thursday on the sidelines of the launch of the autobiography for Ghana legend, Mohammed Ahmed Polo, that some of Ghana’s legendary coaches such as Charles Kumi Gyamfi, Fred Osam-Duodu, Sam Arday, among others, were all trained in Germany so they have always believed in the German system which has also ensured that the national team at many different times been coaches by Germans.

“Look at the quality of players who have come out of the German system, players such as Sammy Kuffour, Tony Yeboah, Abedi Pele, C.K. Akonnor, Ibrahim Tanko, Otto Addo, and even some Ghanaians who played for the German national teams like David Odonkor and Gerald Asamoah. It’s is about the quality and not necessarily where they are coming from,” explained 57-year-old Baffoe, who was until recently the Deputy General Secretary of the of African Football.