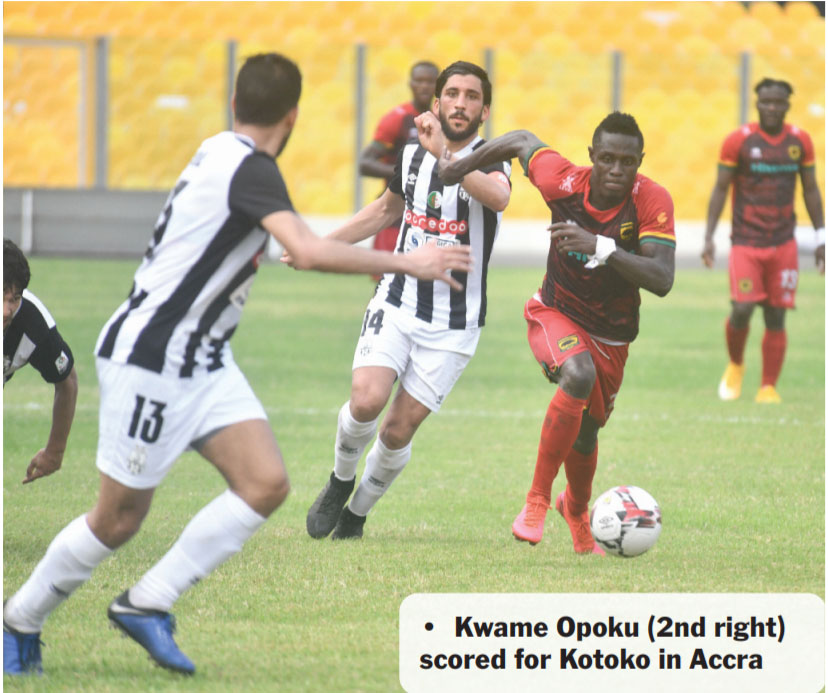 Kumasi Asante Kotoko will walk onto the 8 May 1945 Stadium in Algeria knowing that nothing short of a convincing win over ES Setif would guarantee them qualification into the group stage of the CAF Confederation Cup.

The Porcupine Warriors are going into the second leg playoff encounter with a 1-2 deficit and thusface a daunting task of overturning their home defeat when they travel to face the Algerians tomorrow. Kotoko failed to secure a win at home in the first leg when Setif came back from a goal down to win 2-1 at the Accra Stadium, making it a tall order for the Ghanaians to triumph ahead of their counterparts who also have territorial advantage tomorrow.

The more daunting task for Kotoko going into the game is to avoid conceding a goal in Algeria, but they need to score at least two unanswered goals which seem almost impossible to achieve giving the Ghanaian side's poor scoring record juxtaposed with Setif's home might.

The Algerians go into Sunday's match asfavourites on the back of their advantage from the first leg and their winning record at home, in spite of Kotoko's determination to fight till the end in search for an unlikely upset.

Kotoko's newly appointed head coach, Abdul Gazale, has called on his team to be lethal away from home if they are to stand a chance of going through to the nextstage of the continental competition.

He wants his players to have their full concentration throughout the game which could do the trick for them on a very tough ground.

“We lacked a bit of a concentration and wasted chances in our first leg,we are going to correct that,” Coach Gazale said in a post-match conference. Poor away record While their coach wants them to achieve the unthinkable, their away records against Algerian sides haven’t been impressive. Their best away records in Algeria came in 2013 and 2015 when they drew goalless with JSM Bejaia and El Eulma in the CAF Champions League.

However, Setif are a different side asthey are yet to lose a CAF Confederation Cup match at home.

They currently lead the Algeria league despite having a game in hand.

They will be inspired also by their elimination of Ghana's Aduana Stars from the CAF champions League almost three years ago, having lost 0-1 in the first leg match at Dormaa-Ahenkro but turned on the style with a 4-0 thumping of Aduana in the reverse fixture on March 18,2018.

Coach Gazale will look to his trusted players such as leading marksman Kwame Opoku, skipper Emmanuel Gyamfi, Christopher Nettey, Razak Abalora, Naby Keita and Brazilian Fabio Gama to be lethal and avoid wasting scoring chances in the manner they did at the Accra Stadium where they wasted a late spot kick which could have given them a lifeline. It is going to be a thriller, especially when hosts Setif have an advantage to go through with Kotoko looking to make history with an emphatic win.